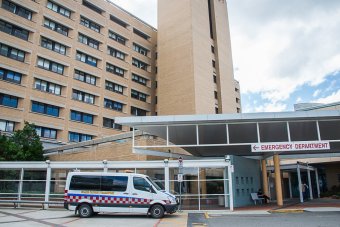 The ACT Government has introduced a number of reforms to Canberra Hospital‘s emergency department in a bid to increase its efficiency and reduce wait times.

The Government has outlined six projects to improve the department, including new specialised staff positions to streamline work flow, a medical engagement strategy, and a committee to identify and manage long-stay patients.

“All these things designed to make sure care in the emergency department is joined up,” he said.

“When you go the emergency department you’re not just going to been seen by one person, you’ll see multiple nurses and doctors.

“You might need to get an X-ray or a scan completed before a decision is made on admission or discharge and it’s very very important that is done in a timely way.”

Mr Corbell said the changes, many of which have already been implemented, were to support other infrastructure improvements to the emergency department.

“I’m pleased to say [the reforms] are delivering results,” he said.

“If you compare April this year with April last year the number of people seen on time – within the four-hour time frame – has increased from just over 50 per cent to nearly 70 per cent.”

“Our key areas of pressure are not in the maternity department at all,” Mr Corbell said.

“They are in the emergency department and elective surgery waiting lists and that’s why I’ve made those two key areas as my priority as minister.”

Mr Corbell said exact details about the reforms would be announced in the upcoming ACT budget. 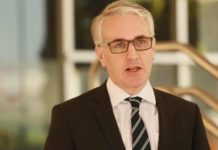 Industrial action could be taken