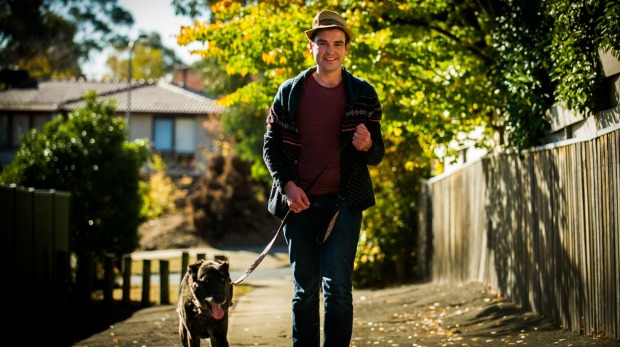 For Sam Moynihan, being diagnosed with multiple sclerosis at 23 was, “shocking and very upsetting”.

“I guess it was such a reminder of my mortality. And I got really depressed for about a year after I was diagnosed,” he said.

In particular, he found it hard to connect with other people in the same situation or find any literature on the disease that wasn’t aimed at older people.

Fast forward four years, and Moynihan now runs his own successful blog, Fully Sick Multiple Sclerosis, aimed at those from Generation Y living with the condition.

“As I began to come to terms with it I actually found myself appreciating life a lot more and it’s actually made me a lot more positive. So it was kind of a double-edged sword,” he said.

“There’s a lot of literature online that doesn’t really focus on young people with MS so the decision to write it was motivated by that – I just try to speak about it in young person language and educate young people about MS. And also it’s a place for young people to connect with other young people who have MS.”

MS is a chronic disease that randomly attacks the central nervous system, stopping the brain communicating with the rest of the body.

“Some days it’s just like living a normal life and other days it’s terrible. The symptoms sort of come and go. So I get really tired and migraines every now and again,” he said.

“Then on top of that I have a lot of difficulty walking, I don’t need a cane or a wheelchair but I might one day, and I’m just very weak, I’m a lot weaker than the average 27-year-old.”

Moynihan has also just become an MS ambassador, and will take part in the upcoming MS Walk and Fun Run on Sunday June 5 around Lake Burley Griffin.

“A lot of people don’t actually know what [MS] is, so the event is good in the sense that it does raise awareness and get people talking about it,” he said.

“And it’s really a great community day where people can come together and talk and communicate, and of course raise funds for MS.”

And this year for the first time, participants in the 5km walk can bring their dogs along to take part.

Registrations are now open at mswalk.org.au.