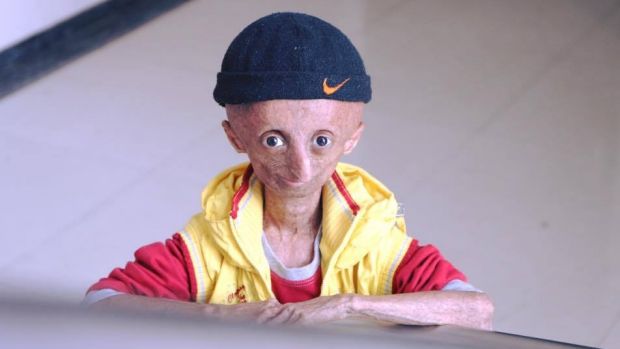 New Delhi: An Indian boy born with progeria, a disease which causes accelerated ageing in children, has died at 15, but his thoughts on human existence – “our time here is special and life is incredibly beautiful in every single way” – continue to reverberate on social media.

Nihal Bitla was born with the rare genetic disorder Hutchinson-Gilford Progeria Syndrome, commonly known as progeria, in which children age eight times faster than normal and consequently have a much shorter life span.

Born into a middle class family in Bhiwandi, a surburb of Mumbai, his appearance on his first birthday caused his parents some consternation. He had hair loss, wrinkles and an unusual-looking face. Doctors told them their son had progeria.

Later, when Nihal was 10 – and looked 60 – they took him to the National Institute for Research in Reproductive Health in Mumbai, where Dr Parag Tamhankar handled his case.

“He was like any boy – active, curious, intelligent, fun-loving. But he was mocked so much at school that he stopped going. After he went to the US in 2014 to try an experimental drug, he realised he wasn’t alone, that other children had the same condition, and that helped him a lot,” Dr Tamhankar said.

Nihal died on Tuesday in the southern Indian state of Telangana, where he had gone with his parents to attend a wedding. India is currently experiencing a heatwave with unusually high temperatures in the 40s. Indian media reports suggest that he may have suffered heatstroke. He was taken to hospital suffering from dehydration but died.

Since children with progeria suffer from ailments associated with old age, such as arthritis and hardened arteries, doctors believe the latter may have restricted the blood flow and caused his death.

Once he knew his condition, Nihal, with his big wistful eyes set in a large, bald head, became the face of India’s awareness campaign to detect undiagnosed cases of progeria, with his parents’ enthusiastic backing. However, in talking publicly about their son’s rare genetic disorder, his parents had to brave the wrath of relatives and neighbours. 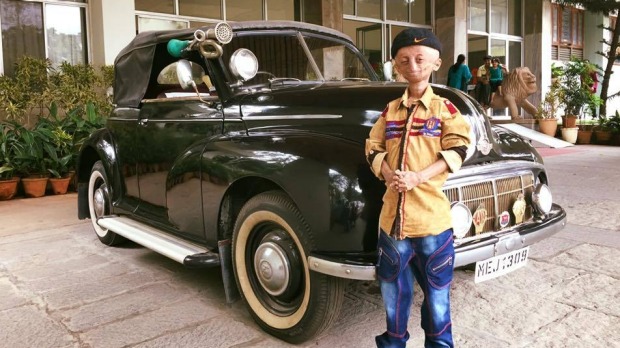 “They were attacked for drawing attention, talking about it, for bringing shame on the family. Later, though, they saw the love and attention that the public and media lavished on the boy and their attitude changed,” Dr Tamhankar said.

On the Facebook page “Humans of Bombay”, Nihal said he used to feel pain at the ridicule he received at school but didn’t criticise his classmates. “I don’t blame those who don’t understand me, they like me are children after all,” he said. 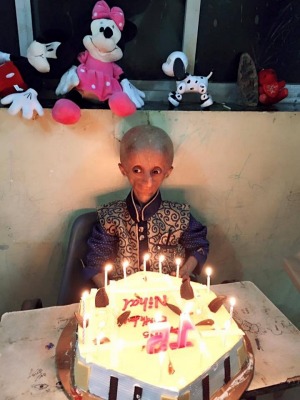 Of the items on Nihal’s bucket list, two remained unfulfilled: Disneyland and seeing the Honda ASIMO robot. The third, meeting Bollywood star Aamir Khan, was fulfilled five months ago when Nihal, who was fond of painting, met the actor and gave him one of his paintings.

https://t.co/vQOXJoVsQE “I hope people know that our time here is special and life is incredibly beautiful in every single way. Rip #Nihal

The Progeria Research Foundation in the US estimates at least 125 children globally suffer from progeria, of whom 60 are thought to be in India. So far only four, including Nihal, have been diagnosed. His efforts to raise awareness led to these cases being discovered.

Social media greeted the news of his death by applauding Nihal as a “fighter” and an “inspiration” to others. On the Being Human Facebook page, Nihal certainly displayed a maturity that was more in keeping with his progeria age than his true age:

“I have the rare power of being young and old at the same time. That makes me believe that I can send a message to people – a message that life can go by quickly and that each day is more valuable than the next,” he wrote.

Court refuses to order radiotherapy for boy with cancer