A Queensland family say they have been left with a $40,000 bill after seeking treatment in a private hospital following several delays for surgery.

Malcolm Longton, 74, broke his back and pelvis in a fall at his home in Mt Tamborine, south of Brisbane, on April 22.

Unable to walk, he was airlifted by chopper to the Princess Alexandra Hospital and admitted as a priority case.

Daughter Sharon Vallance said because of the Anzac Day long weekend, the surgery was scheduled for four days later.

However he was bumped off the list, then delayed another three times.

“They had my father nil by mouth,” she said.

Then the surgery was rescheduled for May 3, then May 10.

His distressed wife Elaine said the hospital did manage his pain, but that was all.

“It is dreadful, you go to hospital thinking you will be looked after,” she said.

“We’ve never been a drag on the government, or the system.

“The one time you need help, you just don’t get it.

“And I don’t understand that.”

Delays ‘unavoidable’ due to spike in admissions

Concerned there would be more delays they offered to pay the $40,000 needed for an operation and care at a private hospital.

“You’ve got a broken pelvis and an L3 break in your back. How much urgent do you have to be?” Ms Vallance said.

Princess Alexandra Hospital had only classified Mr Longton as an “Elective Surgery Category 1” patient, meaning his surgery was required within 30 days.

It said the delays to his surgery were unavoidable due to a spike in more urgent orthopaedic admissions, including a number of long and complicated emergency situations.

“Some of our specialist consultants are unavailable for theatre this week.”

‘The system is doing the best it can’

But due to the overload of cases in this instance Dr Zappala said “the system is doing the best it can at the moment”.

“When patients are scheduled on the emergency board, you just simply do not know what is going to come in the door,” he said.

“Could we stand to do with more surgeons in surgical areas and critical teams?

Mr Longton is expected to remain in the Wesley for several weeks.

His daughter said while out of pocket, they are relieved he is finally on the road to recovery. 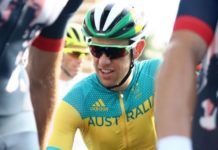