These data do not include over-the-counter purchases in pharmacies or supermarkets (where small pack sizes are available), nor combination products that contain paracetamol.

Paracetamol is an analgesic (pain relief) and antipyretic (reduced fever). It is often found in combination with stronger analgesics such as codeine or in combination cold and flu products. Paracetamol is likely to be found in the medicine cabinet of most Australian homes and gets used for a variety of indications, most commonly for mild pain and fever.

Paracetamol is included on the World Health Organisation’s list of Essential Medicines.

Despite being one of the most widely used medicines in the world, debate continues about the exact mechanism of action of paracetamol. The consensus suggests paracetamol achieves its pharmacological effects by inhibiting the enzyme (cyclooxygenase) in the brain and painful site that produces the compounds (prostaglandins) involved in inflammation and repair after injury. Thus it reduces pain intensity and fever.

How it was developed

Paracetamol was first made in 1877 and was recognised to be a product of two analgesics in common use at the time, phenacetin and acetanilide. Clinical testing in 1893 showed paracetamol was as effective but better tolerated than these analgesics.

Phenacetin was implicated (along with aspirin and caffeine) in contributing to kidney damage and withdrawn from the market.

Paracetamol was first commercially released in the 1950s in the United States and later in Australia.

Paracetamol is relatively inexpensive at just a few cents a tablet and (unfortunately) some brands can often be found “on sale” in discount pharmacy stores. Confusingly for many consumers, the price of paracetamol can vary depending on the product and the company that makes it.

This year paracetamol (and a range of other over-the-counter medicines) was delisted from the Pharmaceutical Benefits Scheme (PBS). Consumers were encouraged to buy it at the pharmacy rather than have it dispensed on prescription.

This was a decision designed to limit PBS expenditure on a medicine that is considered relatively inexpensive in the pharmacy. This strategy has been questioned, though, because most people who receive a PBS prescription for paracetamol use the more expensive slow-release products for chronic painful conditions such as arthritis.

In the past, paracetamol has been recommended as first-line treatment for low back pain and osteoarthritis.

Recent data, including a trial from Australia, show paracetamol is no better than placebo in these conditions, forcing a rethink about its use.

Reactions and side effects

Paracetamol is effective at treating many types of acute pain and reducing fever. It is often preferred to other simple analgesics (such as non-steroidal anti-inflammatories) because it has few serious side effects or drug interactions.

Paracetamol is generally well tolerated at recommended doses (adjusted for body weight in children), but can be lethal in overdose, leading to liver failure and death. Paracetamol can have an effect on liver function, but this is reversible and not associated with harmful outcomes.

Many of the harms of paracetamol can be avoided by careful dose adjustment or selecting an alternative analgesic for people at highest risk of adverse effects. The people at higher risk of paracetamol-related harms include people with a history of chronic liver, kidney or heart disease, chronic alcohol abuse and malnourishment.

The risk of inadvertent double or multiple dosing with paracetamol remains a challenge because of the plethora of products in which it is contained. Managing people with overdose of paracetamol is supported by clear guidelines, but overdose remains an important and urgent medical problem in the health system.

The use of blister packing and limiting pack sizes have helped reduce the burden of paracetamol overdose in Australia when compared to other countries, such as the United States.

In recent years, the makers of paracetamol and ibuprofen have been challenged about labelling of their products that suggests these medicines can specifically target different types or areas of pain. This led to action taken by the ACCC.

This has also led to consumer groups challenging the complex pricing of different products containing these medicines, which in clinical terms are really no different.

Andrew McLachlan was an investigator and author on the PACE trial investigating the effect of paracetamol in people with acute low back pain which was published in the Lancet. The PACE trial was jointly funded by NHMRC and GlaxoSmithKline (the makers of Panadol). 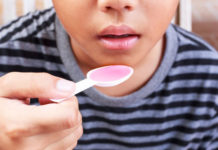 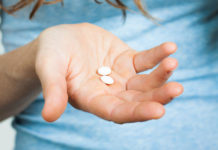