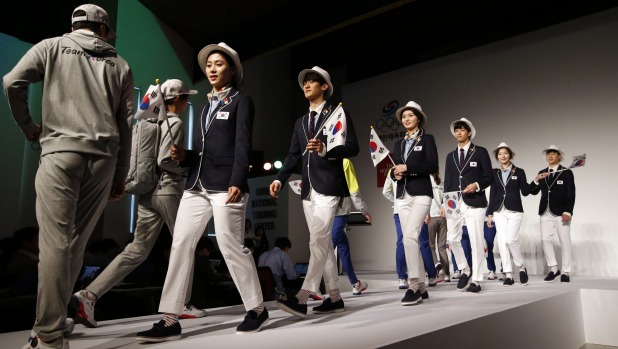 South Korea has taken the fight against the Zika virus at the Rio Olympic Games to new levels, with the country’s athletes to wear uniforms infused with insect repellent in a bid to ward off the disease.

With less than 100 days to go before the Games rumble into life in Rio, concerns about the mosquito-borne virus are rising among competing nations. A number of high-profile athletes, including English heptathlon champion Jessica Ennis-Hill, have expressed reservations about competing.

The virus has been linked to birth defects in children and can cause flu-like symptoms among those infected. Australian athletes will all be given mosquito repellent as part of their Rio packs and will be encouraged to apply whenever they are outside.

The South Koreans are taking even further precautions, unveiling casual uniforms infused with a repellent to try and keep away the swarms of insects. But the virus can also be spread through sexual contact.

Under Olympic rules, the competition outfits won’t be allowed to be treated with the chemical but day-wear around the village and for the ceremonies will all be protected.

The uniforms all feature long sleeves to cover the extremities and officials are hoping that, combined with the anti-mosquito chemicals, will provide adequate protection during the Games, which run from August 5-21.

By late April, Brazil had already confirmed almost 1200 cases of microcephaly (birth defect) and estimates suggest as many as three million people could be infected across the Americas.

Rio authorities are doing their utmost to try and keep mosquitoes away but it appears to be an uphill battle. At a recent test event for the aquatic centre, where Australia hopes to star in the water, the outdoor warm-up pool became infested by swarms of buzzing insects.

An air-conditioned tent will be placed around it during competition but the nerves continue to linger for those with a ticket to the Games. 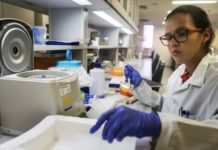 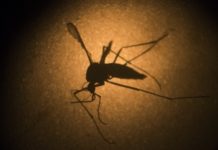