Researchers have found that treating patients who have early stage non-small cell lung cancer (NSCLC) with a type of radiotherapy called stereotactic body radiation therapy (SBRT) is associated with a small but increased risk of death from causes other than cancer.

In particular, they found that high doses to the left atrium of the heart and the superior vena cava (the large vein carrying deoxygenated blood from the head, arms and upper body to the heart) had the strongest association and increased risk of non-cancer death.

Dr Barbara Stam (PhD), from the Netherlands Cancer Institute (Amsterdam, The Netherlands) told the ESTRO 35 conference today (Monday) that, as a result of these findings, she and other researchers would be investigating ways to deliver radiotherapy while sparing these crucial heart structures as much as possible.

“Our results show that even within a few years a radiation dose to the heart is associated with an increased risk of non-cancer death for early stage lung cancer patients, and they indicate which regions of the heart possibly play a role. Validation and further investigations into the exact mechanisms and which heart structures are critical is warranted, but clinically, this could mean that patients might benefit from heart-sparing radiotherapy. For early stage lung cancer patients, treated with SBRT, we still need to investigate if heart sparing is possible, what compromises need to be made and whether it can increase survival. Further research and a wider discussion on heart sparing at the cost of possibly a higher average lung doses is required,” she told the conference.

Dr Stam and colleagues analysed data from 565 patients diagnosed with early NSCLC between 2006-2013 in five institutions in Europe and North America [1], who were treated with SBRT. SBRT is a specialised type of external beam radiation therapy that can focus radiation beams with extreme accuracy on a tumour, thereby minimising the effect on nearby organs. With multiple organs nearby, minimising the dose to one organ is likely to result in a higher dose in another organ.

In order to work out how much radiation was delivered to which sub-structures of the heart, the researchers created a “template” image of the heart and its sub-structures on to which they could map the anatomy of each of the 565 patients — a process called deformable image registration. Information on the radiation doses for the patients was added, and this enabled the researchers to work out the dose parameters (such as minimum, average and maximum doses) for the various parts of the heart such as the right and left atria, right and left ventricles, superior vena cava, descending aorta and left pulmonary artery.

The researchers do not know what were the causes of the non-cancer deaths as these lung cancer patients were already elderly (on average of 73 years old) and usually died at home with no autopsies being performed. However, it’s hypothesised that the deaths were related to heart problems, as research in breast cancer patients, who have a much longer life expectancy than lung cancer patients, has shown that radiotherapy can affect the heart adversely.

President of ESTRO, Professor Philip Poortmans, who was not involved in the research, commented: “This study confirms that we should take the dose to organs at risk into consideration, not only for malignant lymphoma and breast cancer patients, who are in general younger and have a much longer life expectancy, but also for lung cancer patients when cure is an option. The complex interaction between dose to the heart and comorbidity and age and its influence on non-cancer related death remains to be explored in further detail as the excess death rate is seen starting a very short time after treatment, in contrast to the data in lymphoma and breast patients. Research into the details of the dose distribution and the (largely unknown) causes of death is required before these results could be translated to the daily clinics’ environment — apart from the advice to keep the dose to the heart as low as possible while maintaining optimal tumour control.” 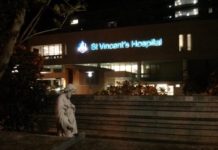