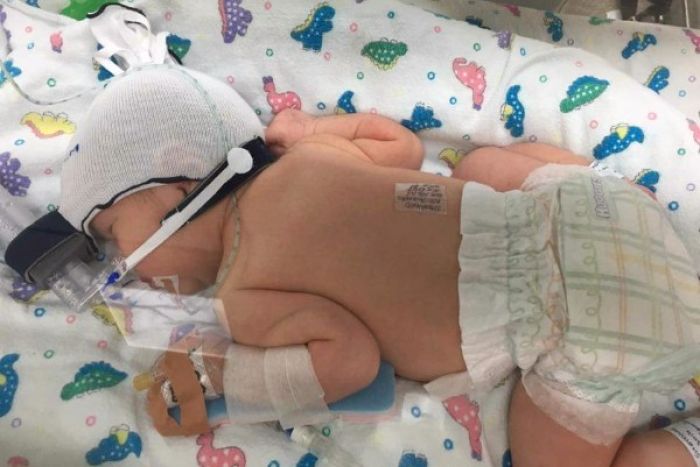 Photo: The baby girl was born on Monday, however the mother died during the caesarean. (Supplied: Go Fund Me)

A woman has died while giving birth at a central Queensland hospital that is already under investigation following the death of a baby and the injury of three others last year.

The coroner is investigating the death of the woman during an elective caesarean at Rockhampton Base Hospital.

In the latest incident, a woman died after being booked in for her first birth on Monday.

Friend Teagan Jacqueline Govaars, who has set up a fundraising account for the family, said the couple had been filled with happiness and excitement to meet their first child.

“Until everything took a turn for the worst,” she said. 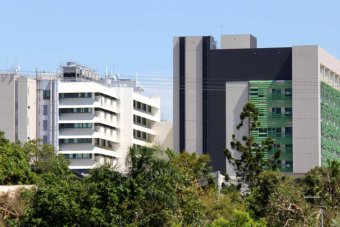 “This day was supposed to be one of the best and happiest days of their lives and instead she has now left her beloved husband and brand new baby girl behind.”

Central Queensland Health Service chief executive Len Richards said a preliminary review had not indicated any deficiencies in treatment, but he would not confirm any specifics of the case.

“Incidents have occurred within the maternity unit of the Rockhampton Hospital so certainly there was some concern there,” he said.

Latisha Ryder from Maternity Choices Australia said they are worried about the standard of care mothers are receiving at the hospital.

“I think women probably have every right to be concerned,” Ms Ryder said.

One baby died and three babies suffered serious injuries during childbirth last year and the Central Queensland Hospital and Health Service has ordered an independent review to try to prevent such events occurring again.