Tests of seven popular cranberry-pill brands in the U.S. showed that most contained too little of the key bacteria-fighting ingredient to have any effect.

“There is a lot of variability in quality and efficacy of cranberry supplements, making it difficult for consumers to know which ones will work for them,” said lead author Dr. Bilal Chughtai, assistant professor of urology at Weil Cornell Medical College in New York.

UTIs affect some 8 million people each year in the U.S. Approximately half of all women will experience one at some point, Chughtai and his colleagues write in the American Journal of Obstetrics and Gynecology.

UTIs are caused by bacteria and usually treated with antibiotics, but antibiotic overuse and resistance are problematic, so finding effective ways to prevent UTIs is important, the authors write.

Cranberry juice and supplements have long been used to stave off UTIs. They were once thought to prevent the infections by affecting the acidity of urine, the researchers note.

More recent investigations show that cranberries or cranberry juice may actually work because they contain proanthocyanidins – antioxidant “flavonoids” like those found in blueberries, grape seeds and chocolate that also prevent bacteria from sticking to the bladder wall and beginning the growth process.

Past studies have shown that to prevent recurrent UTIs, cranberry products need to contain at least 36 milligrams of proanthocyanidins per gram, the researchers note.

Herbal medications like cranberry supplements are not regulated by the Food and Drug Administration and so many brands may not contain the needed amount of proanthocyanidins or even any at all, Chughtai told Reuters Health by email.

He and his colleagues analyzed seven over-the-counter cranberry supplements, testing each product in cultures of bacteria and red blood cells to see how effectively it prevented bacterial growth.

Only one supplement studied contained more than the needed amount of proanthocyanidins, with 175 mg of the compounds per gram of product. That supplement also prevented bacterial growth in culture.

The report does not identify the brands.

Chughtai noted that cranberry powders may be made from dried juice or from dried skins left over from the juicing process. Supplements made from juice act much faster and are more effective than those made from skins, he said.

“But since supplement manufacturers are not required to list which parts of the cranberry are in the supplement, all forms of powdered supplements (whether from juice or skins) are able to call themselves ‘cranberry’,” Chughtai said.

“Urinary tract infections (UTIs) are very common, particularly in women, and result in major costs related to antibiotic use, hospitalizations as well as time lost from work,” said Dr. Deborah Wing, a gynecology professor at University of California, Irvine, who was not involved in the study. “Approaches to either prevent or treat UTIs which are based on use of food products could reduce some health care costs and minimize human pain and suffering,” Wing told Reuters Health by email.

Overall, Wing said, cranberry may be better for prevention than for treatment. To treat a UTI, she said, people should consume cranberry products daily and in frequent doses throughout the day, which may be very hard to do.

She also noted that other compounds in cranberries might work with proanthocyanidins to treat UTIs. For this reason, it may be more effective to take supplements made from cranberry juice rather than other extracts. 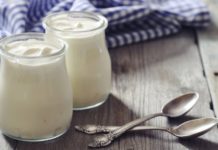 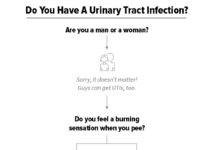 How To Know If You Have A UTI, In One Chart 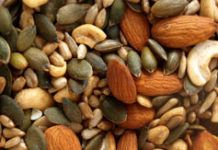 Is that muesli bar you put in your child’s lunchbox actually healthy?