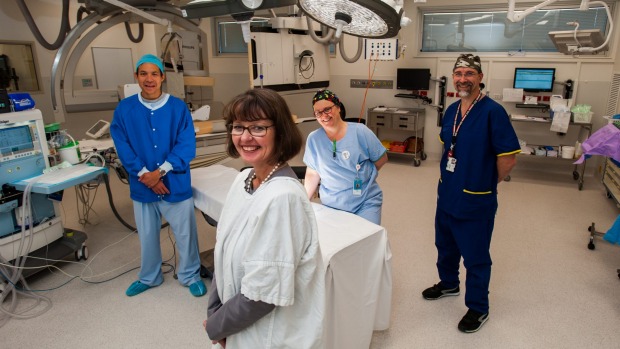 The General Manager of the National Capital Private Hospital, Elizabeth Porritt, said it was all state-of-the-art technology.

“We’ve got the first of a new generation of what we call an O-Arm … There hasn’t been one previously in the ACT,” she said.

“It allows surgeons better visibility during the operation, so when they are doing spinal surgery for example, and they are placing screws in the patient’s spine, they can be very precise about where they’re operating.”

Dr Porritt said the hospital had hit capacity about two years before it began expanding in 2014, and was looking into a further extension to continue reducing the strain on health services.

“We have already had days where we’ve had very few beds at the end of the day and I feel we will be short on beds in the not too far future,” she said.

“We are looking at the possibility of another ward … that’s in the planning stages at the moment. It would be definitely needed.”

“What we have done is work in partnership with our private hospitals to reduce the waiting times of procedures,” he said.

“We’ve worked with National Capital and other private capitals in Canberra, to deliver more elective surgery sooner and to reduce the number of people who are waiting longer than clinically indicated and who are currently on the long waiting list.”

He expected to eliminate people on the long waiting list by July.

In January, Mr Corbell announced that the first stage of the Canberra Hospital Emergency Department’s $23 million upgrade was almost finished. Overall, the expansion is set to increase capacity by 30 per cent.

Canberra emergency departments recorded their busiest year on record last year, with staff treating nearly 130,000 patients during 2014-15, or an average of 357 presentations a day. 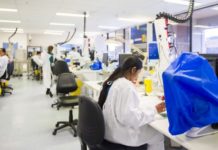 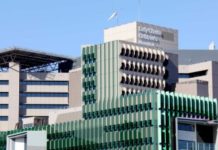