“For experienced, busy interventional cardiologists and electrophysiologists, annual exposure to radiation is around 5 millisievert (mSv, a unit of measure for radiation’s biological effects),” said Maria Grazia Andreassi, M.Sc., Ph.D., lead author of the study and head of the Genetics and Molecular Epidemiology Unit at the National Research Council Institute of Clinical Physiology in Pisa, Italy. That amount adds up to 50 to 200 mSv, or the equivalent of 2,500 to 10,000 chest X-rays, over a 30-year career.

“Occupational doses of radiation in cardiovascular procedures guided by fluoroscopy are the highest doses registered among medical staff using X-rays,” Andreassi said. “Interventional cardiologists and electrophysiologists have a two to three times higher annual exposure than that of radiologists, as they are closer to the radiological source and experience radiation exposure with the patient, whereas diagnostic radiologists are generally shielded from radiation exposure.”

The new findings are based on an Italian survey answered by 466 workers who had an average of 10 years’ experience working in cardiac cath labs, plus 280 professionals who worked in other settings. Findings were adjusted for the fact that the cath lab workers were more likely to be smokers, as well as other relevant factors, Andreassi said.

Noting that intensive training in radiation protection can reduce occupational doses dramatically, Andreassi said every effort should be made to raise radiation awareness in the professional communities of interventional cardiologists and electrophysiologists. “Unfortunately, cardiologists pay little heed to monthly or cumulative reports of radiation exposure. And recent studies confirm that simple, effective protection measures — such as a lead curtain, protection glasses and thyroid collars — are not used by the majority of exposed cardiologists.”

Study limitations noted by researchers included: survey respondents themselves chose whether to participate (and if they had health problems, may have been more motivated to do so) and radiation doses were self-reported, not directly measured. A direct cause-and-effect link between radiation exposure and health problems cannot be inferred from the results of this study.

The above post is reprinted from materials provided by American Heart Association. Note: Materials may be edited for content and length. 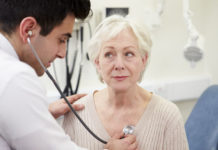 Antibiotics for colds, x-rays for bronchitis, internal exams with pap tests – the latest list of tests to question 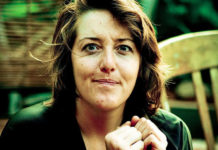