Hundreds of millions of dollars will be spent by Victoria over the next four years to boost the annual number of elective surgeries to nearly 200,000.

The Victorian government will spend $335 million to boost the number of elective surgeries to 200,000 every year.

As of December last year there were 43,588 Victorians on the elective surgery wait list, up from 40,869 people 12 months earlier.

The government aims to bring the number of people receiving elective surgeries every year to nearly 200,000, an increase of 18,000 procedures.

The government says the money is the equivalent of funding 3100 extra coronary artery bypass grafts, 6700 more hip replacements and 6800 more knee replacements. The funding will be staggered over four years.

Opposition Health Minister Mary Wooldridge warned the public not to be fooled by Labor’s spin.

“The vast majority of this funding will simply maintain what is already being done, and address the increase in the people waiting for surgery under Labor,” Ms Wooldridge said.

The government’s health commitment came as Opposition Leader Matthew Guy addressed the Liberal Party’s State Council, where he unveiled new policies including plans to boost the number of female Liberal MPs and a crackdown on car theft.

In his speech to the party faithful, Mr Guy said population growth was the biggest challenge for state governments.

“Our challenge isn’t about the number; it’s about where people are choosing to live and how state government can provide incentives, choices and business motivation to grow the whole of our state,” he said.

The taskforce, to be chaired by Kew MP Tim Smith, will examine ways to spread population growth outside Melbourne.

Victoria gains about 100,000 people every year, but 92 per cent of that growth is in Melbourne.

Mr Guy also said a future Liberal government – the next election is not until November 2018 – would create new laws to tackle rising car thefts.

Laws would be created to stop under-the-table cash sales of stolen cars for scrap metal, with traders required to confirm a vehicle being purchased is not stolen.

The sale would only be permitted through electronic methods.

He said traders caught buying stolen cars for scrap metal would be hit with fines of more than $15,000 for every stolen car sold. 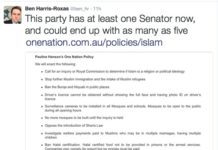 Health was top of the 2016 election agenda: but how healthy is the result? 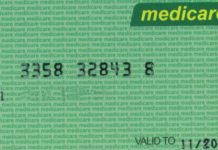