The Federal Government today is promising to revolutionise care offered to the more than four million Australians with multiple chronic diseases.

It is billing the package as one of the biggest reforms in Medicare’s 30-year history with the aim of keeping sufferers out of hospital and leading happier, healthier lives.

It could also ease the pressure on the public hospital system. Half of all potentially avoidable hospital admissions in 2013-14 were to treat chronic conditions. That is one every two to three minutes.

The government has been told that unless action is taken health costs could increase by 50 per cent within 50 years.

And the overhaul could bolster the healthcare credentials of Prime Minister Malcolm Turnbull. In most surveys, Labor is credited as the better party on health and Opposition Leader Bill Shorten has been accusing the Coalition of wanting to destroy Medicare.

Tomorrow, state and territory leaders at the Council of Australian Governments talks in Canberra will be told the reforms would deliver tailor-made care packages for individuals.

A trial will see 65,000 patients offered care through about 200 medical practices. 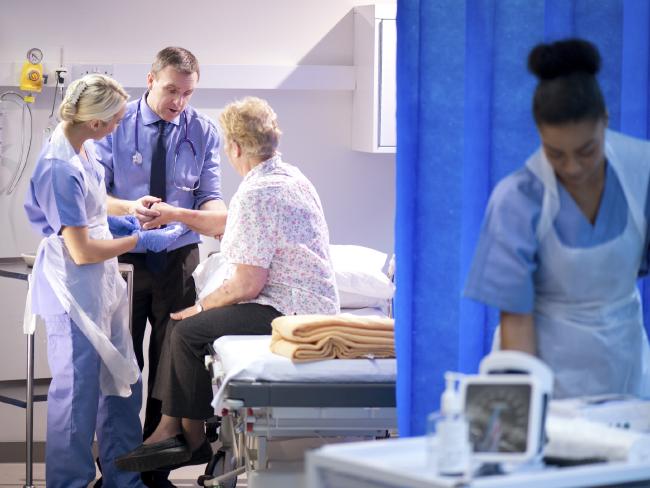 The new plan is designed to take pressure off public hospitals.

The reforms come from a report delivered in December by the Primary Health Care Advisory Group.

The report warned of increasing rates of chronic and complex conditions, “which challenge our current primary health care system and its connection to secondary care”.

About 35 per cent of Australians — more than seven million people — have a chronic condition, and an increasing number have multiple conditions.

The Australian Institute of Health and Welfare reported in mid-2015 that about 20 per cent of the population had two or more chronic conditions.

“Patients with chronic and complex conditions are high users of health services,” the institute reported, adding that chronic patients saw three times as many GPs.

“Currently, primary healthcare services in Australia for this patient cohort can be fragmented, and often poorly linked with secondary care services, making it difficult for patients to be confidently engaged in their care … Most patients with multiple chronic conditions receive treatment from many health providers, most of them working in different locations, and often working in different parts of the health system.

“As a result, effective communication between the health team can be challenging and may be inconsistent.”

• Patients being encouraged learn how to manage their health, aided by technology

• Patients being supported by telephone, email or videoconferencing and effective access to after-hours care

• Patients nominate a preferred clinician, who is aware of their problems, priorities and wishes, and is responsible for their care co-ordination

• A commitment to high-quality and safe care