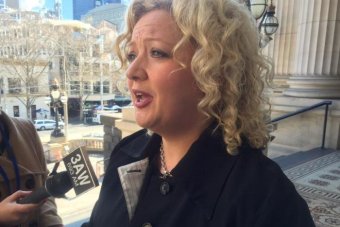 The Victorian Government is planning to take the Commonwealth to the High Court over a hospital funding dispute.

The Federal Government is demanding Victoria repay $73 million in funding, accusing the state of incorrectly reporting its hospital activity in 2013-14.

“Just insisting that hospitals are able to find that money retrospectively without closing services, without having to sack staff … that is the reality of the world that we live in,” she said.

“We took the view that this was not something that we would take sitting down, that we were going to ensure that if we had a legal argument about the requirement of the Federal Government to pay this money that we were absolutely going to make it.”

Ms Hennessy said the accounting method for the use of hospital money was approved under the previous state Liberal government.

“This has real impact on health services and on patients and the people that work there,” she said.

“This is not just a bunch of politicians fighting over a pot of money.

“We are going to explore every legal avenue in the event that the Federal Government refuses to provide any reasonable resolution to these matters.”