Spirometry Might Detect Bronchiectasis in Children with Recurrent Pneumonia

Recurrent pneumonia is one of the most common causes of bronchiectasis in children, and a new study suggested that spirometry measures could be used for earlier disease detection and diagnosis.

Recurrent pneumonia often occurs in children without other risk factors, and a bronchiectasis diagnosis is commonly delayed in this group.

Researchers investigated a large number of parameters, including medical history, exposure to passive smoking, duration of breastfeeding, and age of day care attendance. The results, published in the , showed that there were no differences in the types of underlying disease between the groups of children, divided between those with and those without bronchiectasis. The most common underlying cause in both groups was chronic rhinosinusitis — inflamed sinuses — with mucus buildup in the throat, and recurrent wheezing.

The team also found no differences in the number of pneumonia and wheezing episodes, or the age at first episode. All children recovered fully between pneumonia episodes but had increased inflammatory markers, such as C-reactive protein and white blood cell count, in between pneumonia events.

Only spirometry measures differed between the two groups. Forced expiratory volume during one second (FEV1) and forced expiratory flow at 25 and 75 percent of forced vital capacity (FEF25-75) were significantly lower in children with bronchiectasis. There was also a tendency for a difference in bronchodilator response, with seven of the children with bronchiectasis responding to bronchodilators compared to only two in the non-bronchiectasis group. This difference was, however, not statistically significant.

Since the study was relatively small, the findings need to be confirmed in a larger, preferentially prospective, study. Nevertheless, the results should alert clinicians to focus on spirometry results in children with repeated pneumonia, as these measures might be indicative of developing bronchiectasis. 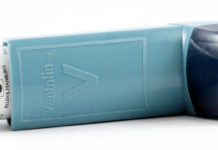 Do kids grow out of childhood asthma? 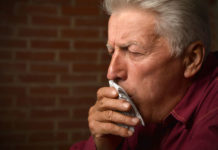 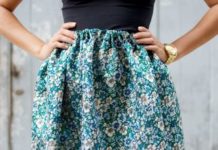