A drug once hailed as a “revolutionary treatment” that “melts away” cancer cells is being investigated by Australian health authorities after some patients died while taking the medication in clinical trials overseas.

The Therapeutic Goods Administration (TGA) said the drug Zydelig was prescribed to patients with rare blood cancers like chronic lymphocytic leukaemia and non-Hodgkin’s lymphoma, who have failed other treatments.

The drug works by blocking particular proteins inside cancer cells that encourage the cancer to grow.

Drugmaker Gilead Sciences Inc was carrying out six clinical trials to find out whether Zydelig could be a frontline treatment, rather than a last resort for terminal patients.

The company said “adverse events” were discovered during the trials, but would not say how many patients died or suffered serious side effects.

The TGA said it was reviewing information provided by Gilead and urged patients taking Zydelig to contact their doctor.

A spokesman for the TGA said doctors should avoid using Zydelig as a first line treatment.

“Patients starting or continuing treatment with idelalisib [Zydelig] should be carefully monitored for signs of infections,” the TGA spokesman said.

Lymphoma Australia said it was concerned for patients using the drug.

“We strongly advise anyone taking it to talk to their doctor and perhaps consider an alternative treatment,” Lymphoma Australia’s chief executive Sharon Millman said.

The drug manufacturer told the TGA of a “potential increased risk of serious adverse events including death, mostly due to infections, in patients receiving the medicine, in combination with other cancer medicines, to treat chronic lymphocytic leukaemia (CLL) and relapsed indolent non-Hodgkin’s lymphoma”.

Zydelig was first approved in Australia in 2015 for cancer patients who had tried chemotherapy and other treatments without success.

The drug was hailed in the US as a major breakthrough because unlike chemotherapy, the pill targets the cancer without killing healthy cells.

Cornell Medical College in New York tested the drug on 220 patients in 2014, and described the results as “incredible”.

“It is remarkable how quickly [it] worked in this heavily treated group of patients, many of whom were resistant to chemotherapy,” lead researcher Dr Richard Furman said.

“Their cancer quickly melted away.”

In early trials, three deaths were reported: one death occurring with the drug used on its own and two when it was combined with another cancer drug rituximab.

The European Medicines Agency and the US Food and Drug Administration have also announced investigations into Zydelig. 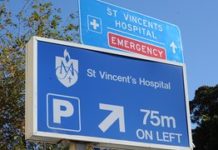