New research could lead to more targeted treatments for sufferers of a rare but debilitating auto-immune disease, a PhD student studying in Adelaide says.

Sleroderma is characterised by the tightening and hardening of the skin, making it difficult for sufferers to perform day-to-day tasks.

It also attacks the connective tissues in the body and excess collagen build-up can damage internal organs.

Flinders University PhD student Karen Patterson’s research into the disease has revealed there are five clusters within scleroderma.

They are identified by certain auto-antibodies, which are proteins that attack the body’s healthy cells,” she said.

“Ninety-five per cent of people who have scleroderma will have a particular antibody. Each antibody has a particular suite of symptoms.”

Ms Patterson hoped that by grouping people together by antibody, it could pave the way for more targeted treatments.

She applied her theory to the rest of the world.

“I looked at, for example [The United] States, I looked at Europe, I looked at Asia and what happened, the prevalence rate … how often the condition occurred, varied, but the symptoms stayed with the auto-antibody,” she said.

There are approximately 5,000 people suffering from the disease in Australia.

Scleroderma a ‘daily battle’ with fatigue and frustration

Sharon Carter had not heard of scleroderma when she was diagnosed with the condition in 2009.

“The worst thing that I did, the day I was diagnosed, I came home, jumped on the computer, googled the disease and of course it was very depressing because it was old information,” she said.

“I thought I was going to be dead in five years.”

There is no cure for scelroderma and instead Ms Carter is focused on treating its painful symptoms.

“It’s a really journey trialling different medications, so I’m on an immunosuppressant drug that obviously suppresses my immune system because it’s attacking my healthy cells,” she said.

“The biggest thing for me, as with a lot of chronic illnesses, is the fatigue – overwhelming chronic fatigue – which is a daily battle.

“It’s probably the most frustrating thing for me, and of course dealing with pain.”

Twin sisters Julie Mattner and Pauline Sims are in the same support group as Sharon Carter.

They are one of only a handful of twins suffering from scleroderma.

Ms Mattner was diagnosed first in 2006 and encouraged her sister, Pauline Sims, to get tested.

“Because of Julie … I was on medication very early and maybe that’s going to help me so I don’t progress as far as Julie has,” Ms Sims explained.

All three women struggle with the lack of awareness about the disease and its effects.

Ms Carter said that very few people have even heard the word scleroderma.

“When you say scleroderma you’ll get a screwed up face and [they will say] ‘sclero-what?’,” she said.

NSW docs warned to be wary of rare disease 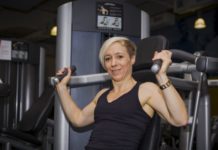