A second Aboriginal health service in western Sydney is on the brink of closure, after the collapse of the Aboriginal medical service in NSW last year.

The Nepean Aboriginal Health Service was set up in Penrith as a bulk-billing practice and registered charity by former employees of the Western Sydney Aboriginal Medical Service, which went into liquidation with debts of $4 million last year.

But public officer Dea Thiele, who poured $500,000 of her personal superannuation into the Nepean service, conceded on Thursday that it had run out of money less than four months after it started accepting patients.

She had been unable to secure any government grants during that time, and the service will close within the week without a lifeline.

“I thought they would give us a go, especially in light of the Prime Minister’s ‘close the gap’ address to parliament, but it wasn’t meant to be,” Ms Thiele said.

“You can’t run a service just on Medicare. You could by charging $70, $80 for a consult, but I’m here to provide a service to the community.”

NSW opposition health spokesman Walt Secord has called for an independent inquiry into a permanent medical service for Aboriginal people in western Sydney.

He said he would support any moves by the NSW government to provide the service with emergency support to give continuity to the centre’s 300 patients.

“This will ensure that we have better health outcomes for Indigenous people, who have much shorter life expectancies and multiple health problems.”

Western Sydney has the highest density Aboriginal population in Australia and the community is growing by 15 per cent every five years.

The NSW government intervened in October to ensure the Western Sydney Aboriginal Medical Service continued to operate in Mt Druitt, and handed control of the medical services to the local primary health network, WentWest, while Indigenous Business Australia purchased the buildings.

WentWest chief executive Walter Kmet said the primary health network would provide medical services on a temporary basis until the government transitioned to a permanent provider in the next financial year.

“Everything is not the same as it used to be, but we provide essentially the fundamental services that the Aboriginal medical centre used to provide,” Mr Kmet said.

“One of the reasons the previous service went into liquidation was it was spending more than it was receiving, so perhaps one could say they were offering services that were unsustainable.”

There was universal support for Aboriginal people controlling their own medical services in the long term, he said.

Nepean Aboriginal Health Service charwoman Lisa Jackson-Pulver said many Aboriginal people would not access health care if it was not provided in a culturally sensitive manner.

It was important for the staff to be Aboriginal and the board to be community controlled, she said.

“Aboriginal people often don’t go to a doctor at a time that they could be picked up for chronic disease management, and women will often present with cancer at a much later stage, when it’s inoperable.” 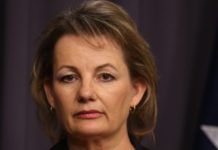 Dear Ministers, you are precipitating a catastrophe 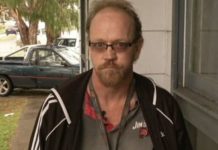