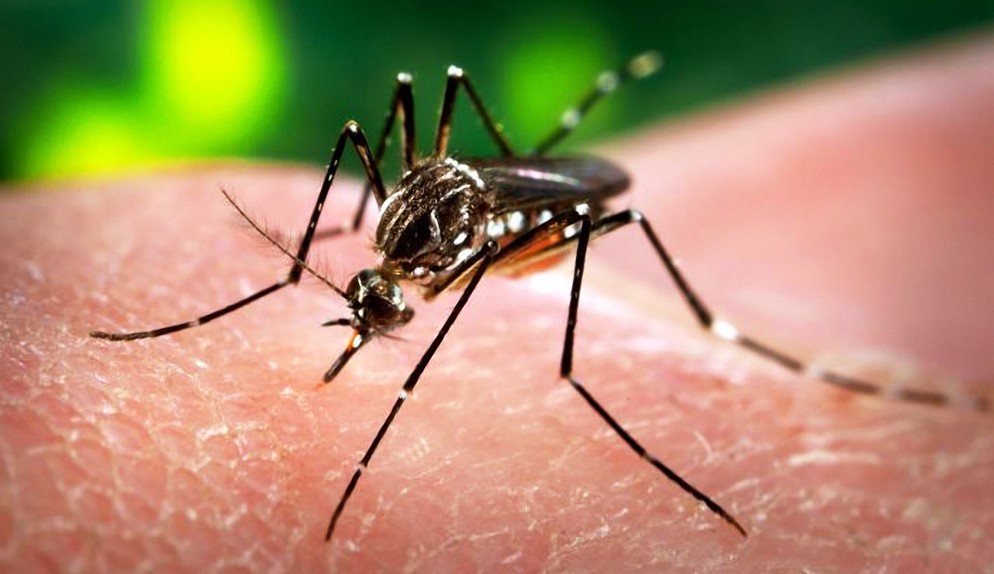 The “explosive spread” of Zika virus throughout the Americas and Caribbean islands may seem like an anomaly, but it’s actually just the latest in a number of mosquito-borne illness that have spread beyond their endemic areas in recent years. Scientists have already established a link between climate change and the spread of tropical diseases such as dengue, malaria, and chikungunya, and it may be only a matter of time before we can add Zika to that list.

While the factors leading to this specific outbreak will take some time to discern, the ways that virus-carrying mosquitoes adapt their behavior in response to warmer temperatures and changes in rainfall do, in fact, point to several potential links between the Zika outbreak and climate change.

Keeping in mind that there are likely many factors acting together to drive the current Zika virus outbreak – including deforestation, urbanization, and movement of people – there are four ways in particular that warmer weather and changes in precipitation patterns may be contributing to the global health crisis:

Female mosquitoes require blood meals for reproduction. (Only female mosquitoes can transmit disease; males do not bite and therefore cannot spread disease.) Along with many cold-blooded animals, mosquitoes feed more frequently with higher temperatures. The more they eat, the likelier they are to get infected and spread the disease.

This is particularly problematic given the feeding patterns of the Aedes aegypti mosquito — the species that spreads Zika as well as a host of other mosquito-borne illnesses, including dengue and chikungunya. While mosquitoes feed on a variety on mammals, female Aedes aegypti actually prefer to feed on humans. They also tend to feed more frequently than most other mosquitoes, taking smaller meals at more regular intervals. According to the authors of a 2001 study on the feeding habits of the mosquitoes:

“Aedes aegypti’s unusual propensity to feed preferentially and frequently on humans [is] a behavior that increases this mosquito’s fitness, synthesis of energy reserves, and contact with human hosts, making it an especially effective disseminator of human pathogens.”

A virus must incubate inside a mosquito before the mosquito becomes infectious. That takes about 10 days, roughly a mosquito’s lifespan, so the mosquito will often die before it can spread the disease.

But hotter temperatures speed up the incubation process in the cold-blooded mosquito, because the virus can replicate faster. This means that the mosquito will be alive longer while infectious, thus having more time to transmit the disease. Moreover, studies indicate that higher temperatures may make mosquitoes more vulnerable to infection, thereby increasing the likelihood that any given mosquito will carry Zika or another disease.

According to a 2012 review of the research on dengue and climate change, “Evidence suggests that even small increases in temperatures may facilitate dengue virus transmission by decreasing the extrinsic incubation period (EIP; the time required for a virus to become transmissible to another host after initial infection of a mosquito), or by increasing the susceptibility of mosquitoes to infection.” Similar findings have been reported for West Nile virus. In a 2008 study, researchers concluded that even minor upticks in temperatures “sharply accelerate” the rate of transmission of West Nile by increasing the efficiency of viral replication in the mosquitoes.

“[Zika] is the virus of the moment but can be taken as an indicator of a future where changes in temperature provide a more hospitable environment for viruses to replicate and be transmitted,” Dr. Colin Parrish, a professor of virology at Cornell University, told InsideClimate News.

Mosquitoes flourish in warm climates, restricting their range based on temperature. But with climate change, plants and animals are moving northward and upward, and we know mosquitoes do the same as new areas become warmer and a suitable habitat.

As mosquitoes expand their range, they can introduce diseases to populations that otherwise would have been safely out of reach. The distribution of the Zika-carrying mosquito, in particular, has vastly increased over the past few decades, which has also been the hottest period on Earth in more than 1,000 years. In fact, the current epidemic took off in 2015, the hottest year in South America and globally since record-keeping began 136 years ago.

Since the first locally-transmitted case in the Western Hemisphere was reported in Brazil in May 2015, at least 1.5 million people have been infected with Zika, and the virus has now spread to almost 30 countries throughout the Americas and Caribbean islands. And that might be just the beginning.

Recent research from the National Center for Atmospheric Research shows that by the 2080s, global warming alone may increase the number of people globally exposed to Aedes aegypti mosquitoes by about 8 to 12 percent, but when factoring in trends in migration and population growth, that number balloons to a 59- to 134-percent rise, with North America one of the regions showing the fastest growth. Over 60 percent of the U.S. population now live in areas vulnerable to the seasonal transmission of Zika as mosquitoes have spread to favorable environments, according to a recent study published in The Lancet.

“The range of the mosquitoes has been expanding and is predicted to continue to expand due to climate change,” Dr. Matthew DeGennaro, the principal investigator at Florida International University’s laboratory of Mosquito Genetics and Behavior, told InsideClimate News. “The most important drivers of their expansion are increased temperature and precipitation.”

Changing rainfall patterns and sea level rises mean some areas will become drought-prone while others are flooded. Both of these situations could intensify the transmission of diseases like Zika.

On the one hand, areas with higher rainfall and higher temperatures can expect higher rates of Zika transmission because mosquitoes thrive in warm, moist environments. There have been heavy rains in southern Brazil and Uruguay this winter (and really for much of the year). Those rains can translate to standing water on the ground, which is crucial mosquito breeding habitat. El Niño has a strong influence on that region and it’s likely playing a role in increased risk of the Zika virus there.

The outbreak initially started in the northeastern part of Brazil, however, which usually dries out during El Niño (this year has been no exception). It might seem counterintuitive, but drought may also amplify the spread of Zika and related diseases. There’s a notable link between an uptick in dengue fever — another disease transmitted by mosquitoes that transmit Zika — and drought because of how people store water. The Aedes mosquitoes which carry dengue and Zika breed in containers used for household water storage. Research has linked the increased use of these containers during periods of drought and water restriction with outbreaks of a range of mosquito-borne diseases, including chikungunya, dengue, malaria, and West Nile virus.

As climate change increases the risk and severity of drought in regions across the world, the need for such water storage containers will continue to grow. As a result, there may be more habitats for Zika vectors in areas that are projected to become drier.

The links between mosquitoes, temperature, and precipitation patterns are scientifically clear, and it’s very possible that climate change may now be playing a role in the spread of the Zika virus, a disease suspected of causing serious birth defects. To know for sure, and to better deal with this outbreak and those in the future, more research is needed to identify the specific factors that contributed to this global public health emergency. 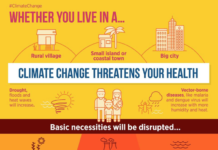