This week the Pope made headlines with his comments about the use of contraception to prevent pregnancy in regions affected by the Zika virus, most quotably saying that “avoiding pregnancy is not an absolute evil”.

Pope Francis was responding to questions about recommendations by the World Health Organisation that contraception should be readily available in countries with the Zika virus, and that women who had unprotected sex and feared infection should have access to emergency contraception.

He used the words “not an absolute evil” to compare contraception with abortion (which he referred to as “an absolute evil”, or “always a crime”). The Pope’s comments highlight the difficulty of applying general principles based on moral teaching to a complex public health problem.

A crisis such as the Zika virus epidemic focuses all our attention on how to prevent further spread, and mitigate the harmful impact of the disease. Previous crises, such as the HIV/AIDS epidemic teach us that a harm-reduction approach, not a morally absolute approach, has the best chance of success in meeting these aims. The focus here is on what to do to minimise harms to health from a rapidly spreading disease, potentially devastating for population health.

While the rapid spread and serious consequences of the Zika virus has brought the issue of contraception as a harm-reduction strategy to the fore, contraception has always made good sense from a population health perspective. The use of contraception is strongly recommended by public health experts to reduce significant harms to both women and children.

A recent Lancet series reviewed the evidence for the effects of contraception on health and well-being showing how:

“lack of access to family planning carries a huge price, not only in terms of women’s and children’s health and survival but also in economic terms.”

These stark numbers demonstrate why access to contraception is viewed as a cornerstone of good sexual and reproductive health by public health experts. In contrast, the Catholic Church holds the official position that artificial means of contraception are wrong.

While the approaches of the public health community and the Catholic Church remain so diametrically opposed, it will continue to be difficult for the Pope to answer questions about the merit of contraception in preventing a public health crisis. The public health response is less complicated – access to contraception is essential for the health of mothers, babies, and future generations. 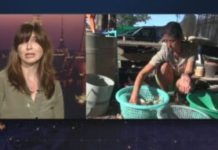 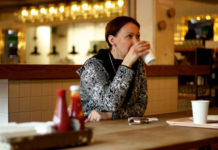 Child-free: why women who choose not to have kids are given such a hard time