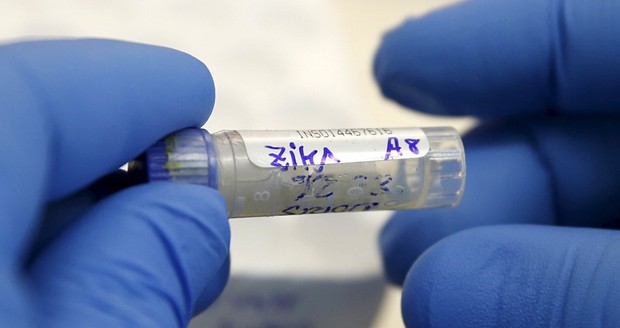 Health officials in Texas have confirmed the first case of sexual transmission of the Zika virus in the United States, marking an alarming new development in the global progression of this rapidly-spreading disease.

The case, announced Tuesday by Dallas County health officials, involved a local resident who became infected by having sex with a person who had contracted the disease during a recent trip to Venezuela, one of dozens of countries currently experiencing widespread Zika transmission.

This represents the first case of Zika virus contracted within the United States, according to the Centers for Disease Control and Prevention (CDC), which confirmed the finding in a statement Tuesday:

“CDC has confirmed through laboratory testing the first case of U.S. Zika virus infection in a non-traveler in the continental United States. According to a Dallas County Health Department investigation, a person who recently traveled to an area with Zika virus transmission returned to the United States and developed  Zika-like symptoms. The person later tested positive for Zika, along with their sexual partner, who had not traveled to the area.”

The vast majority of Zika infections are thought to be spread through mosquito bites, although scientists have suspected for years that the virus could be transmitted sexually. This is the first known incidence of sexually-transmitted Zika in the current Western Hemisphere outbreak, which has now spread to almost 30 countries throughout the Americas and Caribbean islands.

“Now that we know Zika virus can be transmitted through sex, this increases our awareness campaign in educating the public about protecting themselves and others,” said Zachary Thompson, director of Dallas County Health Department. “Next to abstinence, condoms are the best prevention method against any sexually-transmitted infections.”

The CDC said it will provide further recommendations as more information on sexual transmission is discovered through research, but in the meantime they offer the following guidance: “Sexual partners can protect each other by using condoms to prevent spreading sexually transmitted infections. People who have Zika virus infection can protect others by preventing additional mosquito bites.”

In an email to the Guardian, the CDC also warned for the first time that pregnant women and those who may become pregnant should “consult with their healthcare professional if their partner has had exposure to Zika virus”.

“Based on what we know now, the best way to avoid Zika virus infection is to prevent mosquito bites AND to avoid exposure to semen from someone who has been exposed to Zika virus or has been ill from Zika virus infection,” the CDC wrote, according to the Guardian.  long the virus may linger in men’s semen after virus symptoms subside.

Before this case, there had been only two reported cases linking Zika infection to sexual activity, but neither was confirmed. During a 2013 Zika outbreak in French Polynesia, semen and urine samples from a 44-year-old Tahitian man tested positive for Zika even when blood samples did not. However, no suspected transmission was reported.

Five years before that, in 2008, a Colorado microbiologist contracted Zika after traveling to Senegal; his wife came down with the disease a few days later even though she had not left northern Colorado and was not exposed to any mosquitoes carrying the virus. In a 2011 article published in the CDC journal Emerging Infectious Diseases, researchers said they suspected but couldn’t confirm sexual transmission, as too much time had passed to take a semen sample, and they also couldn’t rule out “direct contact and exchange of other bodily fluids, such as saliva.”

“If sexual transmission could be verified in subsequent studies, this would have major implications toward the epidemiology of [Zika virus],” the authors concluded.

According to the CDC, there have also been documented cases of virus transmission during labor, blood transfusion and laboratory exposure. While Zika has been found in breast milk, it’s not yet confirmed it can be passed to a baby through nursing.

Until recently, Zika was thought to be a relatively benign disease; 4 out of 5 people don’t experience any symptoms at all, and those who do typically experience mild, flu-like symptoms. However, the disease is now prompting worldwide concern because of an alarming connection to a neurological birth disorder and the rapid spread of the virus across the globe.

Although it was discovered in the Zika forest in Uganda in 1947 and is common in Africa and Asia, Zika virus did not begin spreading widely in the Western Hemisphere until last May (2015), when an outbreak occurred in Brazil. Since then, as many as 1.5 million people have been infected in Brazil alone, and the disease continues to spread at a rapid rate.

The outbreak has coincided with a steep increase in children being born with a potentially fatal birth defect called microcephaly, which is characterized by very small head size and associated developmental problems. Around 4,180 children have been born with the defect in Brazil since October 7th. At the same time, Brazil and several other South American countries with widespread Zika transmission have also seen a worrisome increase in Guillain-Barré syndrome — a neurological condition that can lead to partial paralysis. No causal relationship has been established between the Zika virus and these health issues, but health officials strongly suspect a link. The CDC is conducting a study in Brazil to see if the conditions are connected.

The World Health Organization estimates that the virus could infect as many as four million people in the coming months; on Monday, it declared the outbreak a “Public Health Emergency of International Concern,” a designation that has rarely been applied in the past, and is intended to coordinate international funds and expertise.

“After a review of the evidence, the committee advised that the clusters of microcephaly and other neurological complications constitute an extraordinary event and public health threat to other parts of the world,” WHO Director General Margaret Chan said upon announcing the designation.

The outbreak has prompted the CDC to issue travel alerts for the countries in which the disease is ongoing, recently adding the United States Virgin Islands and Dominican Republic to the list. The CDC has also advised that pregnant women or women who are trying to get pregnant avoid traveling to these areas completely.