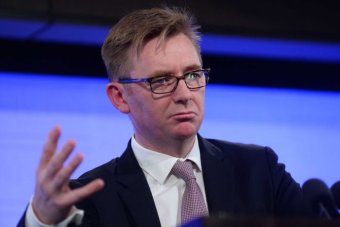 The Australian Medical Association (AMA) has accused private health funds of refusing to pay out some legitimate claims by categorising them as cosmetic procedures, in what they say is a dangerous move in the direction of a US-style health system.

Two of Australia’s largest funds, Bupa and Medibank, have begun asking surgeons to sign declarations about the nature of their procedures to determine whether they are a cosmetic procedure or not.

Medibank says it is a legal requirement, but the AMA has argued it is a dangerous step towards a US-style health system.

With rising costs in health, the AMA says the Australia’s two largest health funds are taking an overly aggressive stance in trying to shelter their bottom lines.

AMA’s president Professor Brian Owler said health funds in Australia had been trying to reduce costs and accused Medibank Private and Bupa of leading the way.

“Most of the time the savings have been achieved by introducing more exclusions into their policies and downgrading people’s policies,” Professor Owler said.

“But one of the other measures that they’ve been using is to try and restrict some of the benefit that they’ve been paying particularly around plastic and reconstructive surgery and ophthalmological surgery saying that those are cosmetic procedures and they wouldn’t pay.”

The latest accusation stems from the introduction of forms that some plastic surgeons and ophthalmologists are being asked to sign to state that a procedure is not purely cosmetic, as cosmetic procedures are ineligible for Medicare benefits or private health claims.

“So the funds have come up with this pre-approval process where the doctor has to certify that it’s not a cosmetic procedure,” Professor Owler said.

“Now we’ve seen the behaviour of the funds around this issue as very concerning.

“We’ve seen episodes where they’ve tried to recoup costs from patients, from hospitals and even doctors when quite clearly a Medicare benefit has been payable on a clearly valid procedure.”

But the health funds say they see it differently.

Linda Swan, the chief medical officer at Medibank, has framed it as a legal issue.

She said there were instances where a hospital would send them a bill using a code that says the procedure may be cosmetic.

“When that occurs we have an obligation under the Private Health Insurance Act to go back and clarify was this cosmetic or not, because we’re not allowed to pay for cosmetic procedures,” Ms Swan said.

Ms Swan said the new standard of proof does not have anything to do with cost-cutting.

“This is something that’s been in place for over a year now, it’s not new,” she said.

“It’s because of an issue around the way codes are used within the hospital — there’s a code that comes across that looks like this particular procedure could have been cosmetic.

“We have no choice under the Private Health Insurance Act other than to clarify that.”

Professor Brian Owler said the behaviour of the funds was “outrageous”.

He said many patients who needed important surgery to restore function or sight have had their claims knocked back.

“For instance a burn, now they’ve develop contractures so that they can’t use their arm properly,” he said.

“They’ve gone for a release of those contractures and the fund has deemed that a cosmetic procedure where clearly that is restoring function for someone that’s had a devastating burn and a skin contracture.”

Ms Swan said there had been a misunderstanding about the process.

“This is not a pre-approval process,” she said.

“This is a process of us trying to clarify, after the procedure has been done, was it a cosmetic procedure or not and the reason why is because we get a code form the hospital that basically tells us it could have been cosmetic.”

Some surgeons have been refusing to sign the forms on principle and Professor Brian Owler said it was an understandable position to take.

“It’s not just signing a form — this goes against what the actual regulations and law says at the moment, which is that there’s a system [whereby] if there is a Medicare benefit that’s payable, then the health funds have the obligation to pay,” he said.

Ms Swan said she did not think Australia was edging closer to a US-style health system, where insurers determine which procedures are necessary.

“I think the AMA don’t understand the detail of this particular case and in this instance what we’re talking about is a rule, a clear requirement on our behalf that we cannot pay for cosmetic treatments under the Private Health Insurance Act,” Ms Swan said.

“This has got nothing to do with cost savings.

“This is about the fact that we are told a procedure is potentially cosmetic [and] we have to clarify before we make a payment.”