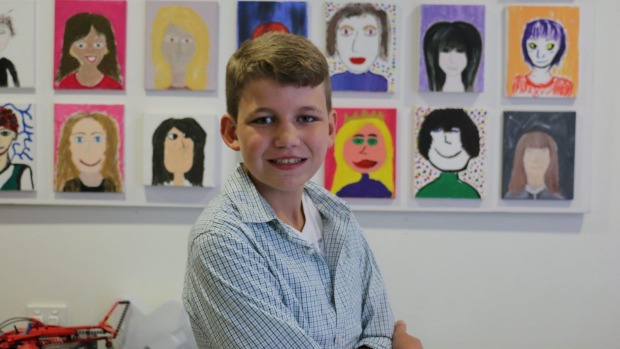 Dozens of Victorian children with severe epilepsy will soon be able to test a cannabis-based drug in the hope it will treat their seizures.

The Austin Hospital in Melbourne is recruiting 60 children with intractable epilepsy to participate in a trial of cannabidiol (CBD) produced by an American pharmaceutical company called Insys Therapeutics Inc.

The drug is made from a synthetic version of CBD, a therapeutic compound found in the cannabis plant. The drug does not include tetrahydrocannabinol or THC – the psycho-active component of cannabis that gets people “stoned”.

The trial will test appropriate doses for 10 patients this year before researchers recruit 60 people aged one to 17 for ongoing treatment with either the drug or a placebo. The study will only be open to children with severe epilepsy who have tested at least three drugs that have failed.

The Austin Hospital’s director of paediatrics Ingrid Scheffer? said the study would be Australia’s first double-blinded randomised controlled trial – the most reliable study design possible to establish whether the drug works. Neither the patients nor the researchers will know who received the real drug versus the placebo. 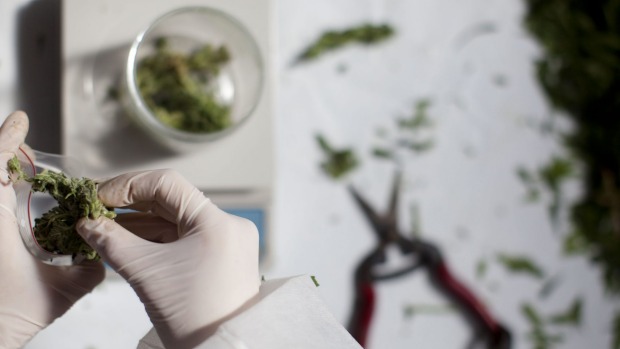 The drug being tested is made from a synthetic version of a therapeutic compound usually found in cannabis. Photo: Uriel Sinai

Professor Scheffer said while many desperate parents of children with difficult-to-treat epilepsy had been sourcing cannabis products on the black market or growing it themselves, it was impossible to know if the drugs were safe and effective.

“There’s absolutely no checks and balances. We don’t know what they’re getting. We don’t know whether it has a lot of THC in it which could be damaging their child’s brain,” Professor Scheffer said.

“We are very excited about this trial as it will establish if cannabidiol is an effective treatment for severe childhood epilepsy … I hope it works.” 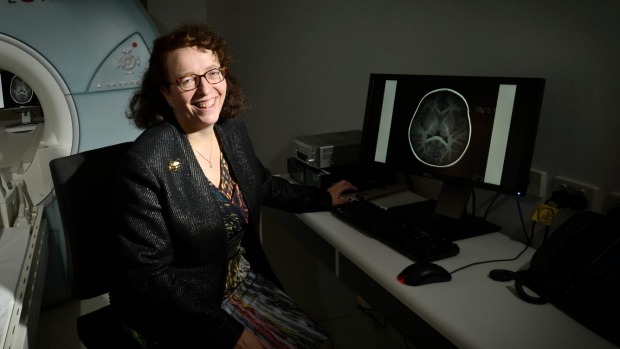 Previous studies suggest cannabis-based drugs can cause sleepiness, weight loss, weight gain, and diarrhoea. Further down the track, Professor Scheffer said she hoped to open up trials for children with Dravet Syndrome and Lennox-Gastaut Syndrome – two types of severe epilepsy.

Nicholas Johnson, a 14-year-old boy with epilepsy is hoping to participate in the trial after at least seven epilepsy treatments failed to improve his condition. His mother, D’Lene Johnson, said Nicholas had seizures every morning and sometimes during the evening and night.

Mrs Johnson said she feared what the seizures could do to Nicholas because he sometimes falls and hurts himself. They also disturb his sleep, making him tired during the day at school.

“We’re really hopeful that it means we can have a seizure-free life,” she said.

The trial has received funding from the Victorian government, which is also introducing laws in December to allow families access to medicinal cannabis in exceptional circumstances.

Premier Daniel Andrews said he had seen first hand how medicinal cannabis could change lives and that it should be made available to families in need “as quickly as possible”.

“No family should ever have to choose between breaking the law and watching their child suffer,” he said.

Cannabidiol (CBD) is one of at least 60 active cannabinoids identified in cannabis. Insys Therapeutics says CBD has wider medical applications than THC, and appears to have anti-convulsive action in animal models.

The company says its pharmaceutical CBD is more than 99.5 per cent pure cannabidiol. It is synthesised to be chemically identical to the CBD extracted from cannabis, and is produced in a controlled environment. 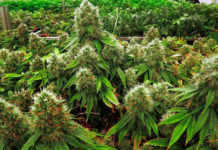 Australia has new medical cannabis laws, but you still can’t smoke it