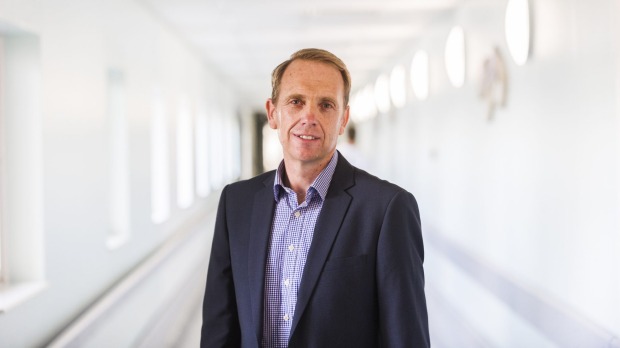 The proportion of patients seen on time in Canberra’s emergency departments are the lowest in the country, while median wait times for elective surgery patients are as long as 45 days.

New Productivity Commission data on the territory health system released on Tuesday shows only 59 per cent of emergency department patients were seen on time, the worst result in the country. The ACT recorded a small improvement from the previous financial year, as 57 per cent of emergency patients were seen on time in 2013-14.

The median waiting time in emergency departments in the ACT was 37 minutes, the longest wait in the country and more than double NSW times, while 10 per cent of ACT patients waited 147 minutes or longer before receiving care.

In 2014-15, NSW hospitals recorded 81 per cent of patients as being seen on time in emergency departments, compared with 75 per cent in Victoria.

Bulk billing rates in the ACT remain well below national averages and the lowest in the country, at 58.1 per cent, compared with NSW at 88.4 per cent.

The report also showed the proportion of mothers in the ACT with third or fourth degree lacerations after giving birth was the highest in the country at 4.5 per cent, while the ACT recorded the highest costs for both caesarean and vaginal delivery of babies at between $14,000 and $16,000 each.

Health Minister Simon Corbell? said his focus from the report was improvements to acute service provision for territory residents, including more timely access to care. He said the ACT’s elective surgery wait times were at their lowest levels in more than a decade and cautioned comparisons on some data points between the ACT and larger jurisdictions.

The median wait time for surgery had improved from 48 days in the 2013-14 financial year, to 45 days in last year.

“We need to improve timeliness to meet the national access benchmarks. That’s my focus as health minister. While we’ve seen improvements in overall access, we need to continue that trend.”

Emergency departments recorded their busiest year on record in 2014-15, with 130,000 patients treated, an average of 357 presentations each day. The number of people visiting emergency has increased by 22 per cent since 2009-10, despite the territory’s population growing by 9 per cent.

Women in the ACT are among the oldest in giving birth, with the mean age of mothers at the time of first birth 28.7 years, second only to Victoria at 28.9 years. The mean age for all births in the ACT is 30.4 years.

“The ACT’s emergency departments are still the worst in the country according to today’s [Report on Government Services] statistics,” he said.

“It’s another day, another bad report on health in Canberra.”

The commission’s report comes after last week’s release of new statistics from the Australian Medical Association showed only 48 per cent of emergency department patients in Canberra were seen within recommended time.

That report found 69 per cent of category two elective surgery patients were admitted within the recommended time, compared with 73 per cent nationally.

The government has allocated $23 million to expand the Canberra Hospital emergency department. The $10 million first stage will begin operation on Wednesday, with three additional beds for regular patients and two for mental health.

Mr Corbell welcomed data showing seclusion rates in mental health care were 1.1 per 1,000 patient bed days in the ACT, well below the national rate of 8.1 per 1,000.

He said the ACT had recorded an average duration of seclusion of 2.1 hours, the lowest rate nationally and below the Australian average of 6 hours, while 72.5 per cent of patients received follow -up within the first seven days after discharge from an acute inpatient psychiatric unit.