It’s no longer science fiction. Modern science has the ability to manipulate the DNA of a human embryo. In a world’s first, scientists in China announced last year that they had edited a mutated gene which causes a blood disorder in a human embryo.

What is genome editing?

The science of cutting and pasting DNA to precisely modify genes. This is how scientists go about editing genes in the lab.

UK scientists are currently not allowed to implant a genetically modified embryo into a woman’s womb. But with more genetic research now allowed, this could be a future possibility.

What can gene editing do beyond embryo modification?

The debate has mostly been framed around the use of gene editing as a potential medical tool and its eugenic potential to create “designer babies”. But this ignores important work such as genetically modifying insects to eliminate those that carry diseases (like zika virus and malaria), and creating humanised animals that can be used for organ transplants.

What are the dilemmas associated with the genomic revolution?

Incidental genetic findings such as privacy of one’s sequenced genome is just one example. 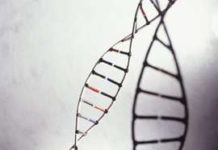