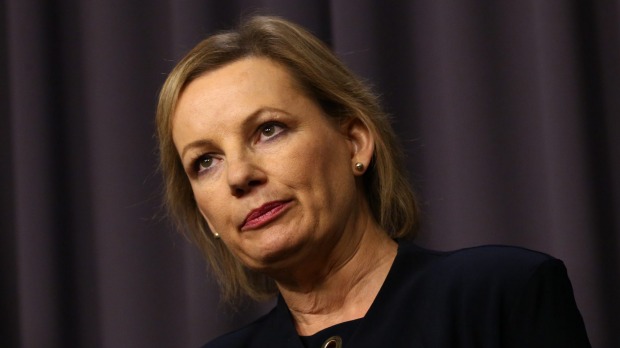 Health Minister Sussan Ley has tasked her department to work with insurers to make sure any premium increase is the “minimum necessary”. Photo: Andrew Meares

The Turnbull government has ordered private health insurers to justify their planned premium increases in an effort to secure a better deal for consumers.

In what’s being billed as an unprecedented intervention in the normal regulatory process, Health Minister Sussan Ley has written to all private insurers asking for “additional information” regarding possible premium increases this year.

“I have held increasing concerns the current process used to assess and approve premium increases does not allow government a rigorous assessment of an insurer’s full financial position,” Ms Ley said in a statement on Saturday.

The federal government holds a significant stake in the private health sector by providing about $6 billion in rebates every year, Ms Ley says.

She has therefore tasked her department to work with insurers to make sure any premium increase is the “minimum necessary”, taking into account the Australian Prudential Regulation Authority’s requirements.

“Health funds have been asked to resubmit an application for a lower premium increase or provide any evidence of extenuating circumstances,” the minister said.

“It is important I am armed with the full picture before approving any premium increase, particularly as consumers are telling me they are finding it increasingly difficult to simply ‘shop around’ for a better deal.”

Ms Ley must approve any premium increases, which typically come into force in April.

Feedback from the government’s private health insurance consultations showed consumers have strong concerns about the affordability of their premiums, which have increased at a rate of about 6 per cent a year for the past five years.

The government is concerned the price rises may force many people to dump their cover and put more pressure on the public system.

Citing commercial sensitivities, Ms Ley said it would be inappropriate to comment further on the detail of any proposed premium increases until a final decision is announced.

Opposition Leader Bill Shorten said the Liberals had been “asleep at the wheel” on health care since winning office in 2013.

“Health premiums under a Liberal government keep going up and up and up. Two years on, the Liberals are now realising that the horse has bolted and they’ve got to do something about it. It’s pretty ineffectual, their response,” he told reporters.