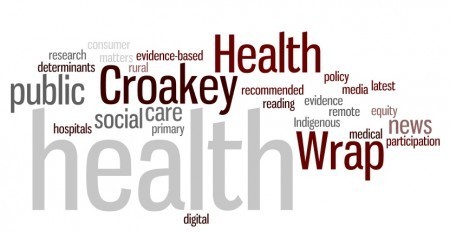 This final Health Wrap for 2015 is compiled by Megan Howe, the Sax Institute’s Publications Manager. Enjoy the Wrap and tweet us via @SaxInstitute if you have any ideas for future issues.

It may be heralded as a time of joy and celebration, but the media is awash with warnings about the dangers of the festive season this fortnight.

The Australian Competition and Consumer Commission (ACCC) issued a warning about a popular item on this year’s Christmas lists: hoverboards. Faulty design has caused fires overseas, and users could be injured through falls, ABC News reports. Mermaid tails used for swimming, another top runner on little girls’ Santa lists, have also sparked warnings, with Consumer Protection saying the toy could prove dangerous in the hands of young or incapable swimmers.

Melbourne’s Lord Mayor Robert Doyle dubbed Christmas shoppers with phones the “most dangerous thing”,  urging people to be more aware of their surroundings and avoid accidents, according to The Age. And the Australasian College of Cosmetic Surgery cautioned against giving cosmetic surgery as a Christmas gift, saying people need to do their homework before going ahead with procedures, the Sun Herald reported.

“Christmas is a time for giving but cosmetic surgery should not be under the yuletide tree,” college president Dr Ron Bezic said.

Meanwhile, two doctors, writing in the Medical Journal of Australia, urged fellow physicians not to give alcohol as Christmas presents, given the preventable death and suffering it causes.

“We call for professional health bodies to take a leadership role and develop policies to find appropriate alternatives to giving alcohol as a gift. We challenge health professionals to be more thoughtful in their choice of gifts in a professional setting,” Professors John Massie and Rob Moodie wrote.

And those heading for the beach these holidays were warned that an investigation by consumer group Choice had revealed a number of popular sunscreens were failing to deliver on their SPF 50+ claims, as reported by the Huffington Post.

Drug giant Reckitt Benckiser, maker of Nurofen, was on the naughty list this fortnight, after being ordered to pull products off Australian shelves after admitting different types of Nurofen marketed for specific types of pain were actually identical. The Guardian reported that the Australian Federal Court ruled the company had made misleading claims when selling its Nurofen Back Pain, Nurofen Period Pain, Nurofen Migraine Pain and Nurofen Tension Headache products – which cost about double the price of standard Nurofen, but contained identical active ingredients.

The UK’s advertising watchdog was also probing the marketing of Nurofen Express, after receiving complaints about its television advert, according to BBC News.

In NSW, the Government was facing criticism over its new “Stoner Sloth” anti-marijuana social media campaign, which attracted widespread attention for the wrong reasons. The Sydney Morning Herald reported that the National Cannabis Prevention and Information Centre was set to ask the NSW Premier’s department to retract its claim that the centre’s research lay behind the #stonersloth campaign. And news.com.au reported that the campaign, which shares its name with a US drug promotion website, had turned into “parody gold”.

“I’m very concerned that people would be actively doing this when we know that vaccination is the right way to go,” she said.

On the nice list this fortnight was the Paris agreement on climate action, which calls for a target to keep average global warming to well below 2?C.  US President Barack Obama dubbed it “the best chance we have to save the one planet we have”.

Writing on Croakey, Dr Sinead Boylan, a public health nutritionist from the Sydney School of Public Health at the University of Sydney, called for alignment between policies on climate action and control of non-communicable diseases.

Also making the nice list was the Federal Government’s pledge of $1 billion in funding to subsidise hepatitis C drugs over the next five years, in an effort to eradicate the disease, an announcement welcomed by Hepatitis Australia.

“We look forward to 2016 as the watershed year for hepatitis C in Australia as more people are treated and cured and we start to arrest spiralling rates of liver disease,” Hepatitis Australia chief executive officer, Helen Tyrell, told The Guardian.

While Hepatitis NSW welcomed the funding pledge, the organisation’s Heather McCormack wrote for Croakey’s #JustJustice series that tackling hepatitis C would also require public health interventions such as the introduction of needle and syringe programs into correctional centres, and concerted efforts to reduce the over-representation of Aboriginal and Torres Strait Islander people in prisons.

The AMA claimed that the cuts were the introduction of “co-payments by stealth”, as reported by The Sydney Morning Herald, and Croakey reported that the cuts to the health, aged and welfare sectors the tune of $3.7 billion would make healthcare “more expensive and less accessible for many.”

The Victorian Aboriginal Community Controlled Health Organisation (VACCHO) also called for the MYEFO health cuts to be blocked in the Senate, as detailed on Croakey.

However, The Australian reported (paywall) that Health Minister Sussan Ley had challenged pathology companies to reveal how they’d spent $500 million in subsidies and said she was “cranky” at suggestions the government would make life worse for patients.

Health funding was also on the table at the recent Coalition of Heads of Government (COAG) meeting; however state and territory leaders came no closer to addressing the $80 billion gap in federal funding for health and education, as tax reform options remained open to investigation, ABC News reported.

News.com.au wrote that state and territory leaders had issued a grave warning over a looming healthcare crisis, telling Prime Minister Malcolm Turnbull they would be forced to close hospitals unless a concrete plan for funding reform was agreed at the next COAG meeting in March.

“Without this solution we will have to either cut services, which means closing hospitals — not closing a few beds but closing actually hospitals — that’s the size of the health care funding crisis that needs to be addressed in these discussions,” South Australian Premier Jay Weatherill said.

In positive Indigenous health news, a new study has shown that the policy of adding folic acid to bread six years ago has led to a 68 per cent drop in serious birth defects among Aboriginal children in Western Australia. Researcher Professor Carol Bower of the Telethon Kids Institute, who was among those who lobbied for the mandatory fortification of bread flour with folate,  told ABC Radio’s PM program it was a “fantastic” outcome.

“It’s exactly why fortification was introduced, to reduce the risk of neural tube defects, and it’s done exactly what it was supposed to be doing,” she said.

The healthcare gap remains in antenatal health, according to new data which shows Indigenous mothers and those from poor backgrounds are not seeking or do not have access to the full range of antenatal checks during pregnancy, according to The Australian (paywall). And The Age reported that the government’s latest Aboriginal Affairs report showed worrying disparities between Indigenous and non-Indigenous populations across a range of performance indicators, including reports of domestic violence and child abuse or neglect.

One way of addressing the health gap could be a model of “reciprocal accountability” – a concept based upon a more equitable distribution of power between governments and Indigenous peoples – according to a report at Croakey. The idea is among the models for commissioning Indigenous health services that were canvassed at the recent Health Services and Policy Research Conference in Melbourne (#HSR15).

In another move aimed at discouraging smokers, Tasmania revealed it was considering raising the legal age for buying cigarettes to at least 21 and potentially as high as 25, news that was reported internationally.

And former politician John Brogden, now chairman of Lifeline, said it was time Australia declared suicide a national emergency. He called on the Federal Government to set a suicide prevention target.

Meanwhile, The Sydney Morning Herald reported on a “frightening epidemic” of fatty liver disease, which is  affecting one in three Australians, and England’s chief medical officer Dame Sally Davies warned that obesity in women should be ranked up there with terrorism, natural disasters and influenza pandemics as major risks to the nation.

The Sun Herald looked at whether Australia’s first IV hangover clinic was promoting consequence-free drinking, and the federal government’s media watchdog, the Australian Communications and Media Authority (ACMA) was accused of failing to protect children after it refused to close a loophole that allows alcohol and gambling companies to advertise in peak children’s viewing hours during sporting events.

Public health groups said ACMA’s revised television code of practice was a “charade” that had given the alcohol and gambling industries greater reach to target children.

“At a time when there is so much public concern about alcohol and young people, it is amazing that ACMA have even allowed the alcohol industry more opportunities to expose kids to their marketing,” said Mike Daube, director of the McCusker Centre for Action on Alcohol and Youth.

From around the globe

Gay and bisexual men in the US will no longer be barred from donating blood, under a policy change announced by the Food and Drug Administration (FDA), but as USA Today reported, there’s a big catch: men cannot donate if they had had sex with other men in the previous 12 months.

From the UK, there was news that the NHS had “hooked up” with dating app Tinder to raise awareness about organ donations. Meanwhile, BBC News reported that bacteria that resist the most common antibiotic of last resort – colistin – have been discovered in the UK, with officials saying the threat to human health is low, but is undergoing review.

The Guardian revealed that South Koreans are being encouraged to take part in their own mock funerals, as the country turns to shock therapy in the hope of tackling a suicide rate so high it is the fourth most common form of death in the country.

China continues to battle life-threatening smog, with Shanghai issuing a “yellow alert”, advising elderly, young and sick residents to remain at home, only a week after the hazardous pollution levels in Beijing triggered the capital’s first “red alert”, with vehicles ordered off the road and schools closed.

And Irish women who have had to travel to the UK to access safe abortion are going public, putting their faces online in a bid to break the stigma and speak out against their country’s near-total abortion ban. 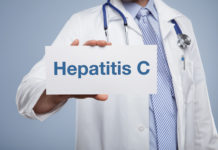 Hepatitis C could be eliminated as public health threat