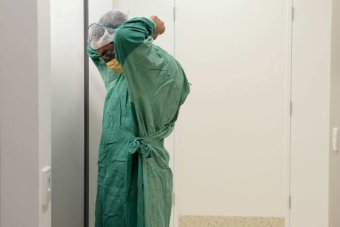 Higher standards and support for overseas-trained doctors who migrate to Australia have been proposed by the Australian Medical Association (AMA).

While doctors trained overseas make a significant contribution, particularly in regional areas, the AMA said they were often inadequately prepared for the local challenges.

In Australia, overseas-trained doctors currently account for one-quarter of the medical system and under the current regulations, they must spend their first 10 years in Australia working in rural and regional areas.

The AMA has recommended the Commonwealth move away from enforcing the 10-year rural stint.

It also called for mandatory orientation into the Australian health system, mandated language skills, robust verification of international qualifications and family access to like Medicare and public education.

The Rural Doctors Association of Australia welcomed the proposal.

Its president, Dr Ewen McPhee, said communication and cultural issues can be problematic.

“When you don’t introduce doctors to the Australian health system and you plonk them in a rural and remote area, then they make decisions that they would have made in their own country, not understanding the tyranny of distance or the access to medication or how the system works,” Dr McPhee said.

“It can lead to adverse outcomes for the patient.”

He said overseas-trained doctors have been propping up medical services in the bush for too long.

“These doctors who have been bought to the country are not supported often in any way at all and their families are not able to access simple things like Medicare or education,” he said.

“So what we are seeing is doctors who often are specialists or quite respected individuals in their own countries coming to our country and being sent to very-rural, very-remote areas with inadequate support or supervision where they require it and certainly not the same equity of access to health care and education that any Australian would expect of their own family.”

AMA vice-president Dr Stephen Parnis said it was important to improve Australian standards and to give international doctors the tools to be able to meet them.

“So we are talking about assessments, education and training,” he said.

“These are the sorts of things that I believe over the last 11 years we have made some significant strides in.”

Calls to send Australian-trained doctors to the bush

Dr Parnis said over the past decade the number of doctors being trained in Australia had increased and said the Government may need to reconsider the number of medical professionals being allowed to migrate to Australia.

He would also like to see more Australian-trained medical professionals practice in rural and regional areas.

“I think there is no single magic bullet to that issue and it’s something the governments and the medical profession have been looking at for years,” Dr Parnis said.

“But the sorts of answers include things like ensuring that you have a high enough proportion of medical students from these areas going into university, because we know that that is a big factor in predicting whether they’ll return.

“The other thing that needs to happen is we need to expand our training exposure for doctors in regional and rural areas, it doesn’t have to just be inner city hospitals that training occurs.”

However, he said he was concerned it could lead to shortages of doctors in regional areas if the 10-year rule was no longer enforced.

“We need to really think seriously about how we train our medical students, how we identify where and what doctors can and will be doing and that we address the issue of mass importation of international medical graduates.

“We’ve turned on all the taps, we need to start thinking about how we turn some of those taps off and we also need to think about how important it is that rural and remote and isolated practise be identified as requiring extra attention than it’s own discipline.”

Health Minister Sussan Ley was contacted by ABC for comment.