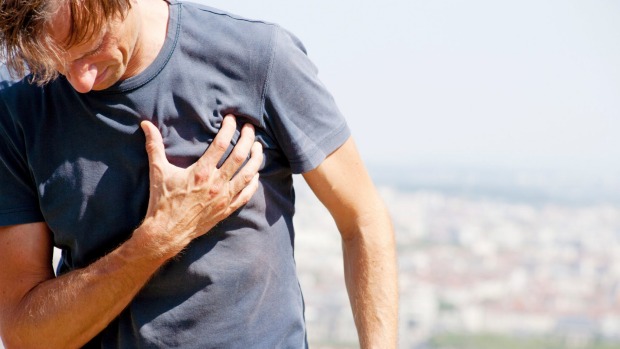 Chermside has one of the country’s worst rates of potentially preventable heart failure hospitalisation. Photo: iStock

A relatively wealthy Brisbane suburb has one of the worst rates of potentially preventable heart failure hospitalisations in the country, Australian-first figures show.

Just an hour-and-a-half up the road, a similarly wealthy Sunshine Coast area has the lowest figures in the nation, saving taxpayers money and individuals time and extra illness in hospital.

The 2013-14 data, collated by the National Health Performance Authority for the first time ever on such a granular level, is designed to allow health authorities to drill down on why these differences exist and address them.

The Metro North Primary Health Network is already investigating why Chermside, in Brisbane’s north, had 3.2 times more people hospitalised with potentially preventable heart disease than in Noosa and significantly more than all but the worst-performed outer regional and remote areas.

Both are classified as medium socioeconomic areas in “major cities” by the report.

“I have to confess the fact that Chermside is as much of an outlier as it is, is surprising,” Brisbane North PHN CEO Dr Abbe Anderson said.

“And as you pointed out, Noosa is at the other end of the spectrum and yet they’re both in the medium socioeconomic status, so all other things being equal, they should be about the same.”

The figures were standardised to control for age but Dr Anderson suggested the suburb’s nine or more aged care and independent living facilities may have played a factor. She said the organisation would be investigating regardless.

People with suspect hearts moving to the area to be close to the world-class cardiac unit at the Prince Charles Hospital was also another possible factor, she said.

Elsewhere in Queensland, Maryborough had the highest rate of potentially preventable hospitalisations for all diseases of any inner regional area in the country (3500 per 100,000), more than twice as much as the best performing are, Victoria’s Macedon Ranges (1600 per 100,000).

After nine months of pulling huge datasets together from all over the country, the report’s authors hoped for that exact response.

According to the report, “people who live in areas with lower rates are considered to have access to stronger primary health care systems, which may prevent hospitalisations”.

“People with these conditions often require ongoing health care management by GPs, specialists and allied health professionals in order to maintain their health and stay out of hospital,” it reads.

“Potentially preventable hospitalisations for these conditions can therefore be used as a measure of the performance of primary health and other out-of-hospital care, as the admission may have been avoided with the provision of optimal care in the community.”

“This new information pinpoints the areas where efforts could be targeted to reduce the 2.4 million days people spent in hospital for potentially preventable reasons,” he said.

“Today’s release identifies the location and medical conditions that account for potentially preventable hospitalisations and will help professionals target their efforts better to keep people healthy and out of hospital.”

Australian Medical Association vice-president Dr Stephen Parnis said any decrease in hospital admissions was good for the taxpayer and the individual patient.

“What it really is doing here is pointing to the (primary health networks), to say these are the areas to drill down on and say what are the specific limitations here,” he said.

“What is it in our area that is leading to potentially something needing to take longer than others or needing more readmissions than others.”