A $300 million federal government plan to tackle the national ice scourge has been welcomed by medical and health professionals.

PRIME Minister Malcolm Turnbull has backed all 38 recommendations of the National Ice Taskforce to focus on preventing ice addiction, saying law enforcement is critical but not the only solution.

“Responsibility for tackling this very complex problem should not be left up to police alone,” he said on Sunday. Mental Health Australia and the Public Health Association of Australia have welcomed the proposal, which includes $241.5 million for local Primary Health Networks (PHN) and an additional $13 million towards subsidising addiction specialists. “This report provides our community with a pathway towards addressing what is a significant social problem, with clear linkages to mental health and wellbeing,” said MHA CEO Frank Quinlan. PHAA CEO Michael Moore said the most vulnerable people in the lowest socio-economic areas were often the last to receive funding. “PHNs have the ability to carry out effective population health planning and to direct the funds accordingly,” he said. St Vincent’s Health Australia CEO Toby Hall said the government’s response had the potential to be a “watershed” in public health. Labor called on the government to ensure any new funding was not taken away from existing drug and alcohol programs. The Australian Medical Association echoed this view and called on the government to ensure PHNs were adequately resourced. “The government has to be careful PHNs have the resources and ability to take up this task and also all the other services and tasks they’re asked to tackle,” said AMA president Professor Brian Owler. 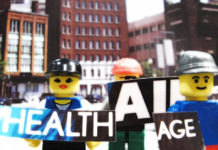