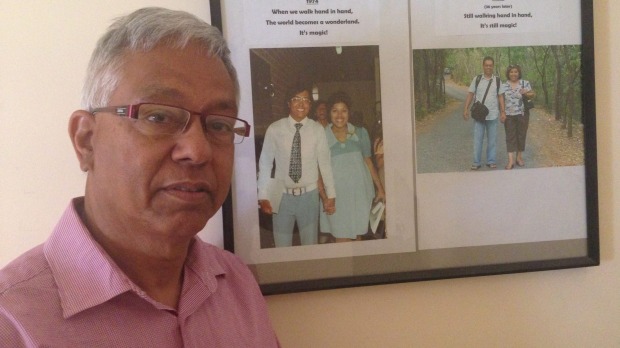 Charles Samuels is preparing for life without his beloved wife Doris, but says he wants other people and their loved ones to have a better hospital experience than she had. Photo: Emma Young

A man who this year exposed “horrendous” experiences in a Perth cancer centre says while he’s grateful for the resulting upgrades, he’s alarmed by reports that thousands of hospital jobs are to be cut. 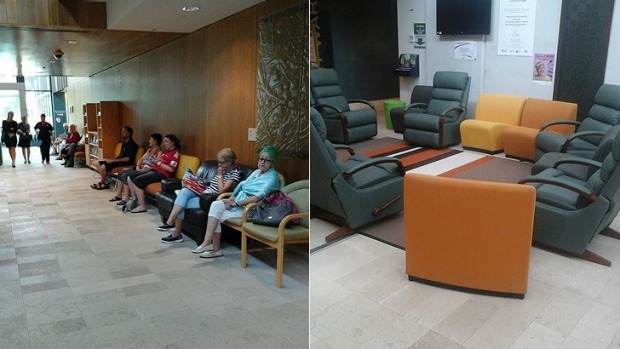 Others contacted WAtoday, describing the waiting area as cold, understaffed and chaotic.

“Fair dinkum, a walkway” was one patient’s assessment.

Following these reports, the government transformed the area with comfortable recliners. However, Mr Samuels said although he was appreciative, he queried why he needed to collect 1200 petition signatures, consult his MP and contact media to get a “simple response to a problem”. 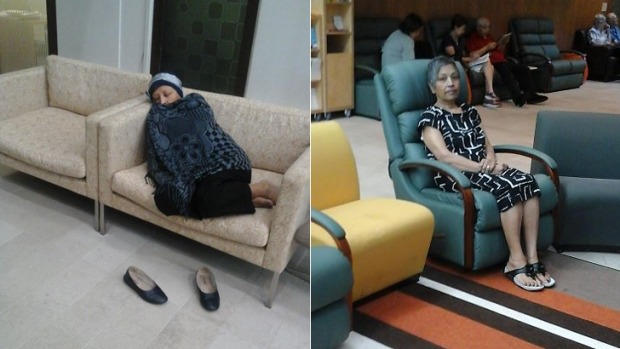 (Left) Doris Samuels waiting for treatment before the upgrades and (right) in a new chair which enables patients to recline or lie down.

“We should not need to take it to the top to get results,” he said.

“You don’t know how pleased the staff are … they say to me they cannot do anything from the inside. I had a call from [a high-ranking Cancer Centre staff member] thanking me. One nurse said to me, with tears in her eyes, she could tell that the patients felt more comfortable, and this was an experienced nurse.

“My wife has advanced pancreatic cancer and the inevitable will happen. Though she may not be here for a long time, I feel assured other people going through what we went through will have some consolation.

“But now, they are talking about reducing staff by 2000 jobs. I just hope the government will not target those frontline staff.”

The Australian Medical Association WA announced last week the government was planning to cut about 2000 jobs from hospitals and medical services as part of plans to cut the overblown health budget, but Health Minister Kim Hames has been unable to confirm the exact number to go.

On Monday, the AMA surveyed doctors to gauge the extent of the job losses, to circumvent what WA President Michael Gannon called the government’s “culture of secrecy”.

“While the government has more than enough money for roads, sporting stadia and waterfront developments, it seems that health can and will suffer,” he said.

“Health should be the last area of government spending to be cut.

“Caring for public patients in public hospitals is the most basic moral responsibility of any state government.”

A spokesman for the North Metropolitan Health Service has previously said SCGH was addressing wait times in the centre by “re-scheduling activities and resources”, but also said it had sufficient staff.

He said wait times, kept to less than 30 minutes for 85 per cent of patients, were not compromising patient care or clinical outcomes.

The AMA has had hundreds of surveys returned so far and expects to collate final results early next week.

Opposition health spokesman Roger Cook said the government had to explain how it would maintain services. He said on Thursday he had heard in a briefing that 400-500 would go at Fiona Stanley Hospital alone.

“They are very happy to cut ribbons on new hospitals but they have simply forgotten about patients and patient services,” he said.

Mr Hames told reporters this week the government budgeted for a 4.5 per cent rise in demand and only got half that figure, so had effectively over-recruited.

He said areas perceived as busy generally had the right numbers of staff, but a look at total numbers proved there were too many and individual sections of hospitals would have to work out how they would meet their budgets over the next six to eight months.

People did not necessarily need to be sacked – hospitals could reduce the number of full-time equivalent roles by reducing overtime, on-call rates and agency nurse numbers.

Dr Hames said 28 cents in every dollar the government spent was on health, that WA doctors and nurses were paid 15-20 per cent more than in any other state, and with the health budget out by $140 million last year he had to get costs in line with other states.