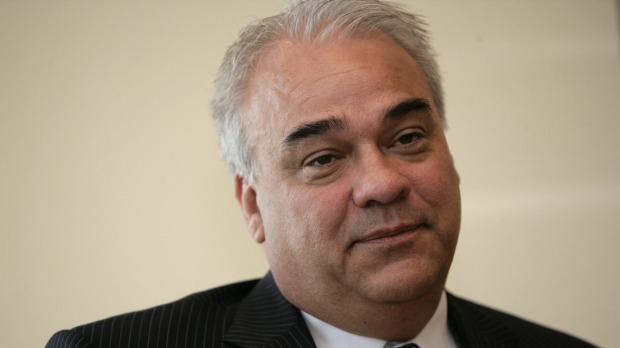 The denigration of doctors must stop if reforms of the health system are to achieve real change, Primary Health Care chief executive Peter Gregg has warned.

Primary is a major provider of imaging, pathology, and GP services, and faces revenue pressure if any of the numerous federal health reviews under way recommend fee cuts or changes to the way care is provided.

If the freeze persists, GPs may be forced to charge co-payments.Peter Gregg, CEO, Primary Health Care

“We have, however, been disappointed by the alarmist claims being aired before the review processes are properly under way and before the evidence has been assessed,” Mr Gregg said at Primary’s annual meeting on Thursday. “There appears to be a deliberate agenda to exaggerate waste in the health system and to denigrate Australia’s hard-working GPs.”

Mr Gregg hit out at the “vilification of corporate medicine” as he called for the government to lift its freeze on the Medicare rebate.

A spokesman for Health Minister Sussan Ley said it was health experts themselves, not the Minister, who had placed estimations on waste in Australia’s system.

“For example, health experts put their reputations on line in the recent Four Corners episode [on ABC TV] to identify real examples of mass waste and inefficiency in Australia’s health system,” the spokesman said.

“We make no apologies for talking about the need to ensure patients, doctors and taxpayer all have access to a Medicare system that is based on best clinical practice.”

Mr Gregg also raised the spectre of a co-payment for GP visits if the freeze is maintained.

“If the freeze persists, GPs may be forced to charge co-payments, increasing the barrier to access for many patients,” he said.

The Abbott government suffered serious brand damage from its attempt to introduce a GP co-payment and was forced to withdraw the contentious policy.

Uncertainty caused by the spate of reviews in Ms Ley’s department, which include reviews into primary healthcare and the Medicare Benefits Schedule, has weighed on Primary’s share price.

The stock is down about  30 per cent this year and the company has issued two profit warnings in 2015. Last week Primary said that its three core divisions – medical centres, pathology, and diagnostic imaging – were generating weaker revenue than expected.

Cuts to the Medicare fee paid to test a patient’s vitamin D levels and the Medicare rebate freeze were cited as headwinds.

On Thursday Mr Gregg criticised the use of “selective studies in other countries” to make claims that as much of 30 per cent of all healthcare treatments in Australia are of little value.

A report on waste in healthcare by the ABC’s Four Corners program in September put Primary Health Care and other providers of medical services on edge.

It was feared the government was preparing the public for a cost-cutting spree.

Mr Gregg alluded to this media strategy in his AGM address and tried to shift the focus for savings from the MBS.

“There have been several other reports which have sought to elaborate issues around waste in health care, the over-ordering of tests, and the overuse of care plans,” he said.

“Looking at the numbers, the MBS accounts for only $20 billion of the government’s $155 billion annual spend on health. Any debate on waste in the healthcare system needs to look at the inefficient fragmentation of service delivery between the Commonwealth and the states.”

He also said the company has been “revisiting” its brand, and said Primary is “looking forward to announcing a new brand identity in the near future”.

“Let’s get the focus right. We all know that keeping people out of hospitals is the cheapest way of providing healthcare and that’s what primary healthcare is all about,” Mr Gregg said.

Primary’s reputation in the medical community has been chequered.

“We point out that Primary’s reputation with doctors has been problematic for a number of years now,” Mr Collie said in a research note.

Mr Gregg rejected the suggestion that Primary’s rebranding is a response to negative perceptions about its business among doctors.

“We are one of Australia’s leading healthcare providers. I’m not saying anything is wrong with the brand, I’m saying there is a better way to present ourselves as a group.”