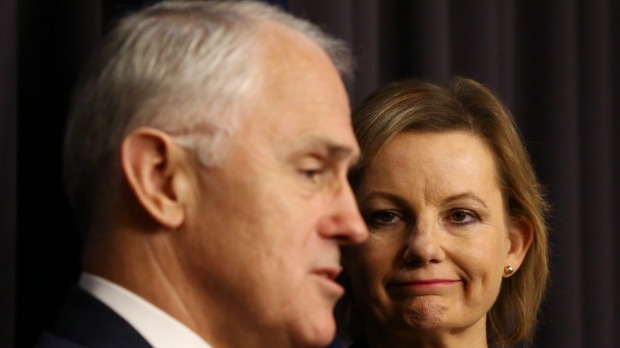 Australia’s mental health care system will be overhauled to provide more local services tailored to people’s illnesses over the next three years, but may require significantly more funding to be completed.

Health Minister Sussan Ley on Wednesday announced a range of changes to the system in response to the National Mental Health Commission’s 2014 review of mental health services, without any additional funding.

She said the responsibility for delivering mental health services for patients and up to $380 million a year would move from federal mental health programs such as Headspace to 31 primary health networks across Australia. This was designed to enable local demand to drive services, rather than mental health providers.

The commission – which was asked to review the system under current funding levels – had also recommended $1 billion be diverted from acute hospitals to early intervention and community services over five years.

Its chairman Professor Allan Fels welcomed the response, which was largely in line with the commission’s recommendations. He said it was for government to decide how to increase funding but also believed the response meant this was “not off the agenda”.

Ms Ley said the changes would help deliver a “stepped-care” approach to mental health that was more efficient because it ensured patients received the level of care needed for their conditions, rather than a “one-size fits all” treatment.

She would not commit to cutting funding from hospitals without an agreement from the states.

Asked whether there was enough money to provide tailored services for severely ill patients, she said: “The pooling of flexible funding at regional levels commissioned by primary health networks will give people the type of care they need at the time they need it. The structural reform we’re talking about is just that. Over time we may add more dollars, of course we would love to.”

The government’s response contained little detail on its plans for a “new approach” to suicide prevention. It did not commit to the commission’s recommended target of halving the rate of suicides and suicide attempts in the next decade.

It agreed with the commission’s view that a new approach to suicide prevention was needed, with suicide “the leading cause of death of Australians aged between 15 and 44”. Primary health networks would lead a community-based strategy and “refocus efforts” to prevent Indigenous suicide. The government would also improve the way it tracked its progress on reducing suicide.

A spokesman for Ms Ley said it was unclear how many people were expected to require tailored programs – which could include drug and alcohol services and mental health nursing – or how much they were expected to cost.

Over time, the government’s response said, primary networks would get “an increased pool of programme funding” to allow them to target local needs, including for rural areas and children at risk of mental illness.

Mental Health Australia chief executive Frank Quinlan supported the changes as laying the framework for an improved system, but said there would continue to be shortages, including for drug and alcohol services. Two-thirds of people who might benefit from mental health treatment were not seeking it out, he said.

“It seems likely that even with efficiencies achieved across the system, there will come a time when we’re taking arguments to government about investing appropriately in services we will then, hopefully, know will be effective and efficient.”

Mr Quinlan said the government had reassured the group that it would confirm future funding levels for the mental health sector next month.

Opposition mental health spokeswoman Senator Katy Gallagher supported the move to primary health networks but said: “I can’t see how the reforms can be met from within the existing budget.”

Prime Minister Malcolm Turnbull said: “Mental illness gnaws away at participation [and] productivity. Treating it more effectively … is going to be transformative. It will result in better lives for thousands of Australians and a stronger economy and greater opportunities for all of us.”