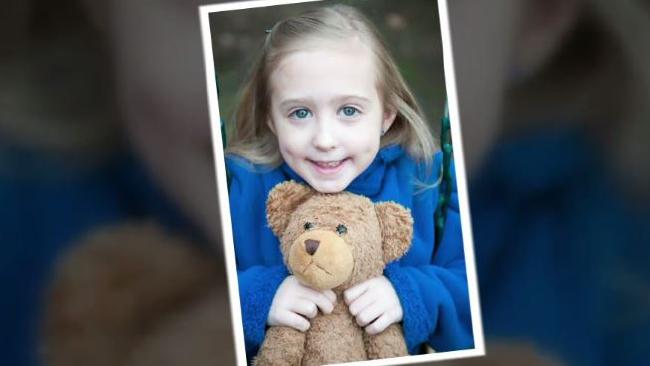 Chrissy Turner found a lump on her body just a few weeks ago.

AN eight-year-old girl from the US has been diagnosed with a rare form of breast cancer and will have to undergo a mastectomy.

Chrissy Turner, from Utah, found a lump in her chest last month, which turned out to be a “one in a million” type of cancer called secretory carcinoma.

“She came to us on a Sunday afternoon, she said, ‘Mummy I have been scared and I have this lump,’” Chrissy’s mother Annette Turner told ABC4 News.

“It had been there for a while. She is the youngest that they’ve run across having this particular type of breast cancer.”

The youngest known sufferer of secretory carcinoma was a three-year-old Korean girl, according to medical literature from 2000, who was operated on after a chest growth was discovered.

In 2009 a 10-year-old American girl became the youngest person in the US to be diagnosed with breast cancer.

Chrissy will have a mastectomy next month and is determined to get well again.

“I was scared to figure out what it was,” she said. “But I knew I could fight it off and I hope that I can fight it off.” 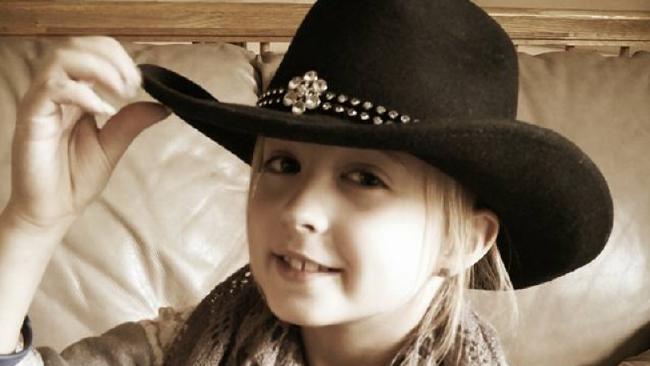 Chrissy will undergo a mastectomy next month.Source:Supplied

The Turner family has had a run of bad luck — Annette has suffered from cervical cancer and her husband Troy was diagnosed with non-Hodkin’s lymphoma in 2008.

“My heart and thoughts are on my daughter and having her get better,” said Mrs Turner.

“It’s a struggle every day worrying about my family, about my husband and now my baby girl.

“She was our therapy when he was going through chemotherapy,” she said. “She was always making us laugh and she’s got the wit of someone far beyond her age.”

Chrissy’s doctor, Dr Brian Bucher at the Primary Children’s Hospital in Salt Lake City, said he is confident the cancer can be removed.

“It is very treatable,” said Dr Bucher. “Chrissy will need to undergo a simple mastectomy … to remove all the remaining breast tissue to prevent this cancer from coming back.”

Friends of the family have started a GoFundMe page to raise money to pay for Chrissy’s large medical bills.

“I know for the past seven years, the costs they have incurred from Troy’s cancer has been devastating, in fact, enough that they had to file for bankruptcy in July 2013,” a family friend wrote on the page.

“Now is our time to give back to this amazing family, to help them, to cheer for them, to support, and pray for them. Anything you can donate, anything at all, will help. Thank you so much,” she wrote.