Alcohol is sending hundreds of thousands of people to emergency departments each year, far outranking the scourge of ice, research on Australian and New Zealand hospitals has found.

Older men at schoolies is ‘just not ok’

Numbers are down at schoolies week on the Gold Coast but teenagers say older revellers are there in force but it’s “not their place”. Nine News

The study – the largest of its kind – has prompted the Australasian College for Emergency Medicine to call for more lockout laws for licensed venues, to reduce the harm alcohol is causing across the country.

Chair of the college’s public health committee, Diana Egerton-Warburton, said 9,600 patients were screened at a mix of eight large and small emergency departments over a week in December 2014 to see whether alcohol was involved in their attendance.

All of the patients were asked if alcohol had contributed to their illness or injury; whether they had been drinking in the previous six hours; and if someone else’s alcohol intake had caused their problem. The staff caring for them were also asked if alcohol was involved.

The researchers found that one in 12 or eight per cent of all the presentations involved booze. In peak times (6pm Friday night to 6am Sunday morning) this increased to one in eight patients.

“That equates to more than half a million alcohol related patients attending EDs every year,” said Associate Professor Egerton-Warburton who is presenting the study at the College’s annual scientific conference this week. “It confirms that alcohol is having a huge impact on our emergency departments.”

Alcohol‐affected patients were more likely to arrive by ambulance and with police. They were also more likely to be men who required urgent resuscitation.

“They are the human tragedies. Those are the cases where I’m sitting there at 1 in the morning ringing someone to tell them their son or daughter has a horrific head injury. They are the cases that lift the hairs on the arms of even the most experienced emergency physician,” said Associate Professor Egerton-Warburton.

While 14 per cent of the presentations were the result of other people’s alcohol use (victims of car accidents caused by a drunk driver or domestic violence, for example) 25 per cent were people who were “clinically intoxicated”.

Many of the patients who were not intoxicated had injuries from falling over while drunk the night before and had woken to realise the extent of the damage.

“It affects people from all walks of life. The other day I saw a completely respectable grandmother in her 70s who wasn’t normally a drinker. For some reason she had had three vodka shots and a glass of wine and she fell face forward out of a car… She had very nasty facial lacerations and fractures. She was incredibly embarrassed,” said Associate Professor Egerton-Warburton.

The college is hoping the research will prompt other governments to copy New South Wales’ lockout laws and restrictions on alcohol availability, which are thought to have reduced assaults by 40 per cent. The laws, triggered by a one punch death in 2013, involve 1.30am lockouts, 3am last drinks, a ban on takeaway alcohol after 10pm and a freeze on new liquor licences in the city precinct.

“The Sydney CBD has gone from having 75 police officers on a Saturday night in Kings Cross to 25 and they are not spending half of their night in an emergency department,” said Associate Professor Egerton-Warburton

The Queensland Government is now considering similar laws, but a spokeswoman for the Victorian Government said they had no plans to introduce lockout laws. 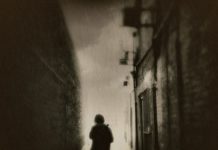 The drugs made me do it: can prescription side-effects be an excuse for crime?