Two orthopaedic surgeons working in Mount Gambier, in South Australia’s south-east, have been asked to re-apply for their positions through a tender process, which the Australian Medical Association says is “confusing”.

The pair, who have 50 years of combined service in the town, are expected to learn in January if they have kept their jobs.

The Australian Medical Association (AMA) has described the South Australian Government’s handling of orthopaedic surgeons contracts as bureaucratic and runs the risk of scaring dedicated doctors away.

There are just three orthopaedic surgeons living in country South Australia: one in Whyalla and the other two in Mt Gambier.

The trio are private doctors providing services to public patients through the public hospital system, but only Mount Gambier’s doctors have undergone the tender to keep their jobs.

The AMA said the doctors have had to trawl through a 96-page document and applied for the tender by August 31.

“They [doctors] need to go through a tendering process that is in my experience unique in South Australia,” Dr Fletcher said.

“It’s not the usual way of securing these sorts medical services.”

Dr Fletcher is worried the surgeons might get frustrated by the tender process and quit.

“It’s a serious risk. They are devoted, they are dedicated and I think it would be much worse for the community if these guys say this is too hard, we are up and we are out of here,” she said.

“So in January the people around Mt Gambier who might be on holidays and might break their leg or their arm while they are on holidays don’t know for sure what services they are going to have access to.”

Country Health chief Rebecca Graham defended both the length of the tender document and the time the process takes.

“Most of it is information. It’s only a standard 15-page standard pro forma they need to fill out and help is available for them to do that,” Ms Graham said.

“We need to take the time to assess these tenders properly to make sure the public’s getting value for money.”

The AMA said the pair of doctors had provided orthopaedic services to the Blue Lake city for almost 50 years.

Ms Graham conceded this is the first time the doctors have been put through the tender process.

“We need to review it against the current guideline for contacting services and so what this means in the instance of the services in the South East due to the value contract, due to the size and importance of the service we need to go to the market to tender for that service. And we have encouraged these doctors to be a part of the tender process,” she said.

The ABC reported the story of Marilyn Hicks, a publican in the Yorke Peninsula town of Ardrossan.

Ms Hicks severely fractured her leg while she was vacuuming.

Rather than having Ms Hicks wait for treatment in Adelaide, Country Health flew her to Mt Gambier, defending the expense of the flight as the best possible outcome for the patient.

“Let’s be clear the current contract in fact calls for three [orthopaedic] doctors, so Mt Gambier is being short-changed,” Mr Wade said.

“The department’s got an appalling record of being able to attract orthopaedic surgeons to the regions.

“I’m worried they will burn off this current relationship.”

Dr Fletcher argues a third doctor is needed to take the strain off the current service.

“If you are working a two-person roster and one of you gets sick that only leaves one of you left and that’s not safe and it’s not sustainable.”

Ms Graham said she was confident the tender process would provide a solution to the problem.

“That’s why we go to market, so that we test the market about the services that are available, that’s the point of the exercise,” she said.

“This is not about reducing services in the South East this is about growing services that’s the process we are going through.” 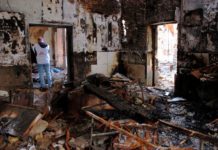 Doctors Without Borders pull out of UN-backed aid summit