The Victorian branch of the Australian Medical Association (AMA) says it is determined to stamp out the “serious problem” of bullying, discrimination and harassment within the industry.

Senior and junior doctors, hospital administrators, bureaucrats and the Victorian Health Minister will take part in a summit in Melbourne today, aimed at coming up with a strategy to tackle what is regarded as widespread bullying behaviour.

A report released in September found nearly half of all surgeons across all specialities have experienced discrimination, bullying or sexual harassment.

Sydney vascular surgeon Gabrielle McMullin created a furore earlier this year when she admitted she advised her female trainees that, in order to protect their careers, they would be better off having sex with a superior rather than complaining about harassment.

Victorian AMA president Dr Tony Bartone said those comments had been a catalyst for change, but the organisation had been concerned about harassment and discrimination for some time.

He said he wanted the meeting to come up with a road map to stamp out the problems.

“It’s about ensuring there are processes in place to facilitate the proper reporting,” Dr Bartone said.

“We’ve run some surveys, and even with the limited number responding to the survey, we know that it is a significant percentage of the workplace population [who are affected by bullying].

“The intention is to come up with a roadmap, or a robust set of recommendations to ensure that the policies or procedures that need to occur, that change is required, the facilitation of that culture change can be facilitated and progressed by all the people who have buy in in this space.”

But Dr McMullin said she doubted Saturday’s summit would lead to significant change.

“I’m delighted that there’s so much attention being paid to the issue, my problem with it is that I feel that it might just be a talkfest,” she said.

She said one of the main problems within the medical profession was the level of secrecy around bullying and harassment cases.

“There was a situation at a hospital in Sydney, where a senior woman consultant was essentially bullied by her registrars, who were from overseas and, because of cultural differences, were unwilling to take orders,” she said.

“She received a message from one of these trainees that was so rude that she eventually took it to her colleagues and to administration. And she was eventually suspended for bullying.

“And the whole matter was wrapped in secrecy. No-one was actually allowed to discuss the issues involved because of legal reasons.

“So it was all wrapped up in legalese and there was a mutual non-disclosure clause. I don’t know how we’re going to get around that.”

She said it was clear the trainees were not happy to be trained by a woman.

“It was an unsafe situation in terms of medical practice because she would turn up in the morning and find people had been admitted under her care and she hadn’t been even told about them.

“Now, how do you justify that and the fact that she then was the one who got fired?”

Racism is the elephant in the hospital room: it’s time we confronted it | Ranjana Srivastava

Doctors must stand up to the ‘cowardice’ that is ignoring bullying 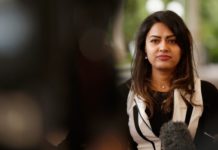 Bullying in the medical profession a risk to patient safety, say doctors