A MEDICAL dressing that changes colour when it detects infection has been developed.

THE breakthrough – hailed as a lifesaver – will improve treatments for burns patients and help combat antibiotic resistance, according to the developers.

Children with burn wounds are particularly susceptible to bacterial infections because of their immature immune systems. The scientists said it was difficult for doctors to diagnose infections quickly. Existing methods take up to 48 hours and require removing the wound dressing which is painful for the patient and may result in slower healing and life-long scarring. Due to this time delay, when children with burns show symptoms of a possible infection, the clinician often has to treat them with antibiotics as a precaution. However, treatment with antibiotics when there is no infection can lead to bacteria becoming resistant to antibiotics. Antibiotic resistance has been identified by world leaders as one of the biggest health threats we face today. The prototype dressing, which changes colour as soon as the wound is infected, has been developed by scientists at the University of Bath. They have collaborated with the Healing Foundation Children’s Burns Research Centre, based at the Bristol Children’s Hospital, and the University of Brighton. Project leader Dr Toby Jenkins, reader in biophysical chemistry at Bath, said: “Our medical dressing works by releasing fluorescent dye from nanocapsules triggered by the toxins secreted by disease-causing bacteria within the wound. “The nanocapsules mimic skin cells in that they only break open when toxic bacteria are present; they aren’t affected by the harmless bacteria that normally live on healthy skin. “Using this dressing will allow clinicians to quickly identify infections without removing it, meaning that patients can be diagnosed and treated faster. It could really help to save lives.” Once the dressing has been fully tested the team plans to develop it for use in hospitals. 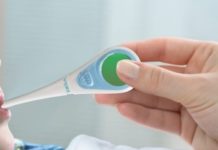 Hundreds of children being hospitalised with golden staph each year