Many couples who have dealt with infertility struggle with what to do and stop paying storage fees, but the number of embryo donations is on the rise 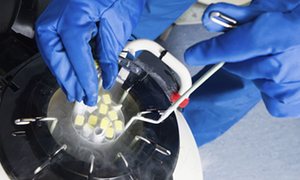 Every four months, my husband and I receive a bill from Cornell Center for Reproductive Medicine and Infertility, asking us for another $250 to continue storing our embryos. We’ve had four embryos sitting on ice, so to speak, since 2010, when I underwent fertility treatments to have my son. The treatments yielded six embryos; we used two, and we held on to the rest in case we wanted another child.

But it’s now been four and a half years, we’ve paid $4,500 to keep the embryos preserved, and I don’t even know if they would work if we wanted to use one. I think of how fresh a frozen steak looks after just a couple of months. Indeed, a recent study said women who used frozen, or cryopreserved, eggs to have a baby had a lower success rate than those who used fresh eggs, or oocytes. The same may hold true for frozen embryos.

And so we pay another $250, because to not pay means we’re giving up our hopes of having another child, and of giving my son a sibling – and that, to us, is a hard door to close.

Apparently we’re not alone. There are no national statistics on what happens with these leftover embryos, but estimates of how many are out there in the US range from 625,000 to more than a million. Many of them wind up sitting in storage at a fertility clinic, like ours do, costing the couples $300 to $1,200 a year. And why? Because it’s a hard, life-altering decision to make: do I use the embryos to have more babies; thaw and dispose of them; donate them to research; or give them to another family?

Some people simply stop paying the fee and leave it up to the clinic to determine what to do. In fact, that response has become common.

Stephanie Caballero, an attorney with the Surrogacy Law Center in Carlsbad, California, says she was recently at a meeting of the American Society of Reproductive Medicine, and the topic of embryo abandonment was high on the list of concerns – though she says it’s not really like people are “abandoning” them. It’s that they don’t want to have to decide.

“You’re done having your children, and you’re just not quite sure what you want to do with them,” she says. “Academic research isn’t for you, and you don’t want to discard them or donate them to someone else, so you just stop answering the letters and phone calls saying you’ve got these storage fees.”

Despite not being paid, some clinics are reluctant to dispose of the eggs, Caballero said. Instead, they will pass them on to storage companies that are in the business of holding eggs, sperm and embryos.

“Clinics are nervous about discarding them. What if someone comes back after 10 years and says: ‘I know, I stopped paying my fees, but now I have cancer and this is my only chance to have a biological child?’” she said.

A healthcare science practitioner monitors sperm and embryo samples. Photograph: Christopher Furlong/Getty ImagesAnd then there’s the issue of whether the agreement a couple has with the fertility clinic is contract or a “healthcare directive”, because if it is the latter, it can be changed or withdrawn.

That question and others – such as whether embryos are personal property or human life – is still being hammered out in the courts, because science has moved so quickly there are no laws on the book yet to address these issues.

A small but growing number of couples are opting to donate the embryos to another infertile couple to adopt, not unlike one might adopt a child. In 2004, some 258 babies were born in America using embryos that had been donated, according to the Society for Assisted Reproductive Technology. In 2013 that figure was 521. The National Embryo Donation Center in Knoxville, Tennessee, says it transferred just 10 donated embryos in 2004. They now do 120 to 140 a year.

Some couples, like Angel and Jeff Watts, made a plea on Facebook earlier this year for someone to adopt their six remaining embryos. Others, like Tara and Jesus Montoya, found another couple who wanted their embryos by happenstance. The couple was visiting an old college advisor of Jesus when the advisor’s wife said her daughter, Shanta Wilson, had been trying to conceive for years but had been unsuccessful. Tara, who already had three children and suffered from gestational diabetes with her last child, knew she faced potential health problems if she tried to have another. She said she would be willing to donate her three leftover embryos to Wilson.

“I said, heck, they’re alive. They’re just frozen. They’re viable. Take them,” Tara said. “We were already considering giving the embryos to a stranger. But I was thinking about it, and it would bother me to not know if it lived or not.”

Wilson says she received the call from her mother that night. She had just found out earlier that day that her latest pregnancy attempt had failed.

“When you find out once again that the procedure didn’t work, it’s devastating, and it was hard to focus on anything. And then I get this call and this was thrown at me, and I was like, what are you talking about? Who are you talking to? Who’s giving away their kids?” Wilson said.

Wilson has since given birth to a girl, Naya, who is now two, and Tara knows very well how it turned out because the couples visit each other several times a year. In fact, Naya and Tara’s son, Seraphino, three, who was conceived from the same batch of embryos, were told they are siblings, though Naya refers to Tara as her “auntie”.

Of course, embryo donation – and such an open arrangement – is not for everyone. A lot of couples don’t like the idea of their genetic material floating around in other families.

“Many people who have preserved embryos now have a family and want to move on. The idea of going into a donation with another couple doesn’t feel like moving on,” said Constance Hoenk Shapiro, a social worker and author of When You’re Not Expecting: An Infertility Survival Guide.

And yet some, like me, simply aren’t ready for closure – even if the idea of having another child now, at 52, seems ridiculous. My body may be old, but my mind is young enough to want to keep my options open.

Shapiro says she grappled with infertility as well, and that experience makes it even harder to decide how to handle the leftover the embryos. That’s because when you overcome infertility and successfully conceive a child using one of them, you feel the potential for those embryos to become living, breathing human beings profoundly.

“I had the experience of having a child, so the possibility that the other embryos could be children makes discarding them feel as if it’s killing,” Shapiro said. “It doesn’t feel like they’re simply embryos. It feels as if they’re children wanting to be born.”

And that may be the problem. 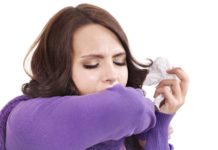 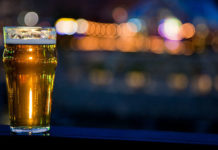