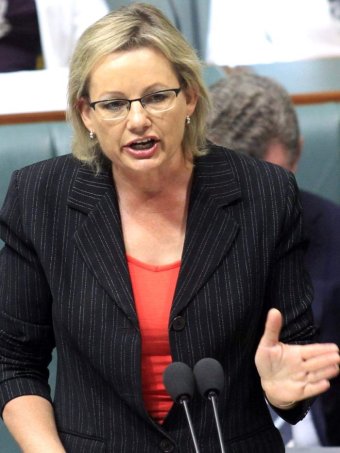 The Australian Medical Association has accused Federal Health Minister Sussan Ley of “unprecedented” politicisation of a review that shows doctors were ordered to repay more than $4 million worth of benefits claimed in the 2014-15 financial year.

The Independent Professional Services Review (PSR) being released today shows of the matters referred for investigation, 70 per cent resulted in further action being taken, including the repayment of Medicare benefits for wrongly prescribed chronic disease management plans.

Ms Ley said the report raised growing concerns around the exploitation of “grey areas” and ambiguities in the Medicare Benefits Schedule (MBS) that are allowing Chronic Disease Management (CDM) items to be misused, after they featured in about half of all compliance cases in 2014-15.

She acknowledged the instances of non-compliance are very small.

“However, for patients who are not getting the benefit of the treatment they’re supposed to, the outcome for them is poor, and for the taxpayers footing the bill, the outcome is unacceptable,” Ms Ley said

The release of the annual report comes as the Government pushes its plans for a review into the more than 5,000 items on the MBS.

But AMA president Brian Owler has hit back at the Health Minister, saying the politicisation was an “unprecedented action”.

“Politicising the professional services review, which is a very important part of the compliance process, is an unprecedented action but also also one that I think makes people very wary of this Health Minister and her approach to general practitioners,” he said.

“There is no reason for the Minister for Health to come out trying to flex her muscles and suggest that the profession is rorting the system and that she is taking action.”

Dr Owler said Ms Ley and the Government should take responsibility for some of the problems because of the freeze they have imposed on Medicare rebates.

“Part of the reason that medical centres and practices rely on GP management plans and chronic disease management items for revenue is the because of the pathetically low Medicare rebate that this Government has frozen and continues to freeze even now up to a period of four years,” he said.

And he said the figures out today do not justify the Minister’s talk of “growing concerns”.

“We have got 100,000 doctors registered in this country, many of them of course are GPs — at least 30,000 or so working GPs, so when you look at those figures it is a very, very small number of people that are doing the wrong thing.

“I think what most people appreciate is that GPs are incredibly hard working, have the best interests of their patients at heart and I think they can have every confidence in their GP and their GP practice,” Dr Owler said.

He called on Ms Ley to stop painting the medical profession as people doing the wrong thing in a bid to find more savings in the budget.

“If they are really interested in making general practice better they would lift the Medicare freeze and they would actually start to invest properly in general practice, particularly around some of the chronic disease management,” he said.