According to the Minister’s office, Minister Ley’s comment was based on the chronic disease data released by the Australian Institute of Health and Welfare (AIHW) in August this year.

The report found that:

Nearly five in ten Australians (46%) have at least one of the eight selected chronic diseases.

So, the minister is correctly quoting AIHW data. And because of underreporting, the figure may even be higher. However, that statistic reflects an average across all age groups. In reality, older Australians are more likely than younger Australians to have a chronic disease.

What is a chronic disease?

The WHO recognises that there are many other conditions of public health importance which are closely associated with the four major non-communicable diseases, including cognitive impairment, renal and musculoskeletal problems and mental disorders.

The current public consultation draft of Australia’s National Strategic Framework for Chronic Conditions has used the term “chronic conditions” to describe a broad range of chronic and complex health conditions across the spectrum of illness, mental illness and injury in order to move away from a disease-specific approach.

Things could be worse than we think

The AIHW analysis that formed the basis of Ley’s assertion was based on self-reported data. Survey participants responded to questions on whether they had ever been told by a doctor or nurse that they had any of the eight listed health conditions.

This approach has potential limitations. For example, it is sometimes hard for respondents to remember the information. And for some chronic diseases, such as type 2 diabetes, people can remain asymptomatic for many years and may not know they have the disease.

Analysis of the Australian Health Survey biomedical data by the Australian Bureau of Statistics suggests that 18% of Australians aged 18 years and above had diabetes that had not been diagnosed prior to the survey.

Therefore, the statistic that 46% of Australians have at least one of the eight selected chronic diseases is likely an underestimate.

The influence of age

The proportion of Australians with a chronic disease varies according to age group. Chronic disease is relatively uncommon in young people and becomes increasingly frequent with increasing age.

For example, the proportion of Australians with self-reported cardiovascular disease in 2011-12 ranged from less than 1% in those aged below 35 years to 40% in those aged 85 years and above.

The Minister’s statement is generally correct and indeed is likely to be an underestimate. The AIHW analysis suggests that almost half of all Australians have at least one of the eight selected chronic diseases.

It is likely that more than half of all Australians have a chronic disease, if chronic diseases other than those eight are also considered, and more accurate and reliable data such as biomedical testing and medical records are collected and used.

However, the statement should be qualified by age group to reflect the fact that this statistic does not apply to the younger age groups. – Stephen Colagiuri and Crystal Lee.

This is a considered analysis. It is concerning that one in two adult Australians have a chronic disease and that this shocking figure is likely to be an underestimate.

Of even greater concern is that all of this ignores the elephant in the room: obesity. It is the unquestioned driver of type 2 diabetes, much of obstructive sleep apnoea, the metabolic syndrome, is linked to polycystic ovarian disease and is a major driver of cancer.

There is overwhelming evidence that there is a genetic basis to obesity (twin and adoption studies) and that many people who lose weight end up regaining it.

Have you ever seen a “fact” worth checking? The Conversation’s FactCheck asks academic experts to test claims and see how true they are. We then ask a second academic to review an anonymous copy of the article.

You can request a check at checkit@theconversation.edu.au. Please include the statement you would like us to check, the date it was made, and a link if possible.

Joseph Proietto receives funding from the Sir Edward Dunlop medical Research Foundation, The NH&MRC, Diabetes Australia Research Trust. He is Chair of the Medical Advisory Board for Liraglutide 3 mg for Novo Nordisk 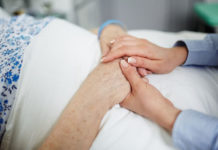