Patients who stop taking cholesterol medications before surgery are following outdated recommendations, and significantly increasing their risk of death if they don’t resume taking the medications within two days after surgery, according to a study of more than 300,000 patients being presented at the ANESTHESIOLOGY® 2015 annual meeting.

One in four Americans, aged 40 and older, is taking a statin, a medication that lowers cholesterol and prevents and treats heart disease. While a 2002 clinical advisory* recommended temporarily discontinuing statins for surgery (a recommendation still reflected in the drug package insert), in 2007 the American College of Cardiology and American Heart Association began recommending uninterrupted use of statins around the time of surgery, noting they reduce inflammation and promote blood flow. The new study suggests that while the number of patients who continue to take statins during surgery or quickly resume them afterward has improved, the newest recommendations haven’t been fully heeded.

“We now know that patients should not stop taking their statins around the time of surgery, but some providers may still be following outdated recommendations to suspend them temporarily,” said Susan M. Lee, M.D., lead author of the study and clinical instructor in the Department of Anesthesia and Perioperative Care, University of California, San Francisco. “Unfortunately, many patients don’t resume them within two days of surgery, which is associated with an increased risk of death during the recovery process.”

Researchers analyzed the records of 307,151 patients who had been taking statins and were admitted to the Veterans Affairs Healthcare system for non-cardiac surgery between 2000 and 2014. Overall, researchers found that 98,014 (31.9 percent) had not resumed taking their statins within two days after surgery. However, when comparing trends from the earlier part of the decade to the latter, researchers did see an improvement in patients resuming their statins. In fact, from 2000 to 2002, 46 percent of patients had not resumed by day two, while between 2012 and 2014, only 24.3 percent hadn’t resumed by day two.

Other studies suggest that abruptly stopping statins can increase inflammation and lead to the development of a problem with the lining of the blood vessels called endothelial dysfunction, which may increase the risk of heart attack after surgery.

“Unfortunately, the drug information for statins still comes with a warning to temporarily discontinue them during surgery,” said Dr. Lee. “Patients and their doctors need to understand the importance of continuing statins throughout surgery, a simple act that may reduce the risk of complications and death after the procedure.”

The above post is reprinted from materials provided by American Society of Anesthesiologists (ASA). Note: Materials may be edited for content and length. 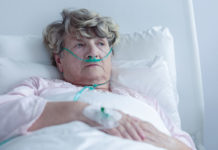 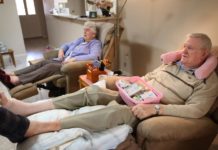