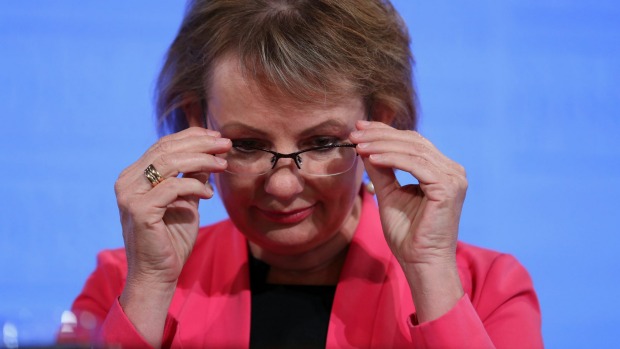 Sussan Ley on a health insurance review: “Not all decisions coming out of these initiatives will please everyone all the time.” Photo: Alex Ellinghausen

Health insurance policies that exclude certain procedures – often surprising patients who have paid for the increasingly expensive cover – are a waste of money and need to be fixed, Health Minister Sussan Ley said.

Ms Ley, who has launched a review into the $19 billion sector, said consumers and taxpayers were concerned that a $6 billion-a-year rebate that subsidises private cover was not delivering sufficient value for money.

The government has asked consumers to make suggestions about how to improve health insurance. Ms Ley has also called on former competition regulator Professor Graeme Samuel to assist with meeting consumers and the industry to work out how to remove unnecessary and costly regulation, or add value for the roughly half of the population that has private cover.

In a warning to the industry, as well as private hospitals and providers like dentists, optometrists and even masseuses, who benefit from the government subsidy of health cover, Ms Ley said: “Not all decisions coming out of these initiatives will please everyone all the time.”

The review comes at a tumultuous time for the sector. The market leader, Medibank Private, was sold by the Coalition in November 2014 in a $5.7 billion float,and without the constraints of government ownership has embarked on a round of hardball negotiations with private hospitals to try to rein in the amount it pays out for medical care.

The ballooning cost of medical claims is one of the reasons that premiums are rising at more than double the annual rate of inflation. This affordability conundrum, which is exacerbated by means testing of the private health insurance rebate and policies that slowly reduce the proportion of the rebate, is causing consumers to drop or downgrade their cover.

Private health insurers are prohibited from funding primary health care, like visits to general practitioners, and this is one area that the industry has been agitating to be able to cover. The funds argue that it would allow for more integrated care between doctors and hospitals.

In response to whether she had appetite for such a policy change, Ms Ley said that “everything is going to be on the table”. She also flagged that changes to the rebate (repealing means testing was a Coalition election promise) remained an option too.

She said her priorities would be ensuring adequate cover at an affordable rate.

“[Consumers] are unhappy about price rises and unhappy about policies which often under most difficult circumstances they find out are junk because they don’t give them the hospital care that they actually expect from the premiums they pay,” she said in a speech to the National Press Club. “I see those as the most urgent issues to address, and everything else is welcome.”

The industry was quick to embrace the review process. In a statement Private Healthcare Australia chief executive Dr Michael Armitage said the industry, which was under fire by myths “propagated by opponents”, welcomed an “open and fair-minded consultation”.

Outgoing Medibank CEO George Savvides said Ms Ley had correctly identified cost as a central issue, but urged that the review consider the wider health system and the driver of those costs.

The Consumers Health Forum said it did not appear that the review would be sufficiently in-depth.

Bupa’s managing director of health insurance, Dr Dwayne Crombie, said he awaited more detail on the scope of the review, but said “critical system-wide issues” that should be addressed included affordability and getting the best value from the 85¢ to 90¢ from each $1 paid in premiums that is used to pay for care.