The International Society for Pharmacoeconomics and Outcomes Research (ISPOR) published results of an expansive global review answering a basic scientific question, “How do you describe a ‘rare disease?'” in “Rare Disease Terminology and Definitions — A Systematic Global Review: Report of the ISPOR Rare Disease Special Interest Group.”

A broad international group of researchers examined the similarities and differences in rare disease definitions and prevalence thresholds — across geography and stakeholders.

“There is no universally accepted definition for ‘rare disease,'” said co-author Trevor Richter, PhD, MSc, of the Canadian Agency for Drugs and Technologies in Health (CADTH), who led the ISPOR group. Richter is confident that this study will generate interest among stakeholders, noting that “Our findings are of immediate relevance to researchers, policy makers, and decision makers that have to assess orphan drugs and associated health technologies. This report will be of increasing importance within the next few years as many organizations and jurisdictions will attempt to either define rare diseases for the first time or update their existing definitions.”

Co-author, Sandra Nestler-Parr, PhD, MPhil, a Board member of the Alpha-X Society and Head of Rare Diseases for Roboleo & Co, UK, explained that the research team systematically searched for definitions of the term “rare disease” used by payers, patient groups, regulators, manufacturers, research centers, and health technology assessors. The search revealed 296 definitions and 23 different terms that are used in at least one of the identified definitions from more than 1,100 stakeholder organizations in 32 jurisdictions representing the six major geographic regions of the world: Africa, Asia, Europe, North America, Oceania, and South America. The results of this noteworthy study are published in the September/October 2015 issue (Volume 18, Issue 6) of Value in Health.

Richter said, “The most commonly used term is ‘rare disease,’ which accounts for 38% of all definitions. This is followed by ‘orphan disease’ which is found in 27% of definitions.” The study also distinguishes between the descriptors referring to the type of disease or therapy (i.e. adjectives), such as “rare,” “neglected,” “orphan,” or “specialized.” Descriptors relating to a condition (i.e. nouns) include “disease,” “condition,” “disability,” and “syndrome.” Few definitions also contain qualitative descriptors such as “life-threatening,” “debilitating,” and “severe.”

Interestingly, the authors found that patient and research organizations are more likely to have a defined terminology for rare disease than do other stakeholders.

“The growing global connectivity of health care and the rise of targeted medicines for small, well-defined patient groups have intensified the need for a better understanding of the definitions related to rare diseases,” said Nestler-Parr.

The authors highlight the need for further research to better understand the extent of the existing diversity of definitions for rare diseases as well as the roots of these variations between stakeholder groups within and across jurisdictions. They also propose that any attempts to harmonize rare disease definitions should focus on standardized, objective criteria — such as prevalence thresholds — and should avoid qualitative descriptors.

The above post is reprinted from materials provided by International Society for Pharmacoeconomics and Outcomes Research (ISPOR).Note: Materials may be edited for content and length. 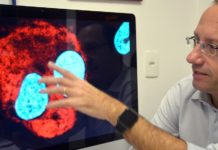 Inside the hunt for a Zika virus vaccine