In circumstances where the state is involved in creating or separating families through adoption, permanent and foster care, and custody disputes, it’s justified to intervene because of the generally recognised duty of care to children. And where it plays a role in creating a child via assisted reproductive technology (ART), the state is ethically justified in imposing restrictions or conditions on its assistance.

Read the argument against state intervention in assisted reproduction.

In many jurisdictions – both in Australia and internationally – the welfare and best interests of the child are paramount. While the situation may superficially seem different in ART, the birth of a child is the intended and foreseeable outcome of the intervention. And ensuring a minimally acceptable level of basic physical safety and emotional well-being for that future child is no less real or important.

In essence, ART is a form of state-assisted family formation and, for that reason, the state has a moral obligation to consider whether people who want to use it will be “good enough” parents. Where serious and significant child welfare concerns exist, state intervention is not only ethically justifiable but, arguably, obligatory.

The state needs to be satisfied that the woman applying for assistance to have a child, and any partner she has, are able to minimally fulfil parental duties to that child. Opponents of this position might point out – rightly – that anybody can have a child naturally without state intervention. They could argue that access to ART is merely an extension of this reproductive right.

But reproductive liberty doesn’t automatically extend to unfettered ART access. Respecting the reproductive right in “natural” reproduction is about allowing people the freedom to decide when and how many children to have – or none at all. It’s an individually held liberty tied to the idea of bodily autonomy.

Although we think of the right to reproduce as an individual right, the right to have a child can only ever be collectively realised, as reproduction in all its forms is a collaborative project. Even in “natural” reproduction, assistance is required from a sexual partner. And that partner is perfectly entitled to refuse to be involved in procreation, based on their own, equal, reproductive right to not have a child.

When accessing ART that’s publicly funded, the applicant is asking the state to help her via regulation and subsidy. It’s therefore ethically justifiable for this third-party assistor to weigh up all the likely outcomes of providing treatment. And where an ART applicant displays identified and established patterns of harm to children, or has a mental health profile associated with at-risk parenting, then restriction to access is ethically justified.

A recent case in Victoria, the only state in Australia with a mandatory police check for all ART applicants, provides an excellent case study. In August, a 45-year-old woman with a long and troubling history of emotional abuse and neglect of her six children and her partner were denied ART, after an appeal at the Victorian Civil and Administrative Tribunal (VCAT).

Four of the woman’s children had been removed by child protection services following substantiated welfare concerns about their welfare, revealed by Victoria’s mandatory criminal check and triggering an automatic treatment ban, in line with Victorian legislation. The police history provided clear evidence of substantial risk to the welfare of any future child.

Critics of the Victorian legislation are unhappy about the mandatory police check, saying it discriminates against infertile people and treats all prospective parents like criminals. But the approach is not discriminatory because the test is universally and equally applied to all applicants. And it’s not imposed because they’re infertile, but because they’re asking for help.

Nobody voices similar objections to “Working with Children Checks” for adults involved in children’s sport or other activities, yet both are about protecting children. If ART is considered through the child welfare paradigm, these routine checks are simply there to flush out exactly this type of case. How else are such cases to be uncovered?

Making decisions about ART access is not about judging someone’s lifestyle or punishing them for past behaviour; it’s not about rejecting or supporting their reproductive desires as such. It’s not even about establishing a “best parent” standard. Rather, it’s for framing a minimally adequate or “good enough” parenting benchmark that applies equally to all prospective ART applicants.

Indeed, decision-making about access is not really about the applicant at all. It’s about ensuring a minimally acceptable environment for any child to be raised in. Where the state has an active role in bringing children into being, it would fail future children by not acting to ensure their well-being.

Read the opposite perspective on the right of states to intervene in reproductive choices here.

The authors do not work for, consult, own shares in or receive funding from any company or organization that would benefit from this article, and has disclosed no relevant affiliations beyond the academic appointment above. 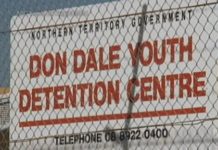 Four Corners: why did the two previous investigations have no impact on changing this abuse?