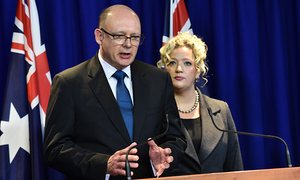 The Victorian hospital where seven babies died in avoidable circumstances has again apologised and acknowledged it will take time to regain the trust of the community.

Dr John Ballard, of the Djerriwarrh Health Service, reiterated “profound apologies” to those affected on Saturday.

“We are putting in place measures to ensure that the present and future safety of the health service and maternity services are in place and importantly, providing support to staff,” he told reporters in Melbourne.

Gaps in skills and training and failure to act on early warning signs contributed to the high rate of deaths at the health service in Bacchus Marsh and Melton, Ballard said.

“The situation has arisen due to the services at times operating beyond the scope of its capability,” he said.

He gave an assurance the service, supported by the Royal Women’s Hospital in Melbourne and Western Health, was safe.

Senior staff from the Royal Women’s Hospital have been seconded to Djerriwarrh to provide expert oversight and better clinical training for staff. The service has also received new resources and equipment.

A review into a cluster of perinatal deaths at the health service highlighted the cases of 11 babies from 2013 to 2015.

The review by obstetrics expert Euan Wallace determined seven of those deaths involved factors that could have been avoided.

Victoria’s health minister, Jill Hennessy, sacked the Djerriwarrh board after learning about the deaths, and promised a further investigation for the families.

The government has established support line 1800 675 398, for anyone who has concerns about their maternity care. 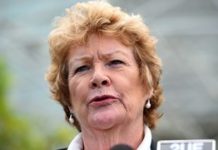 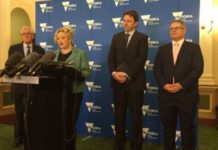