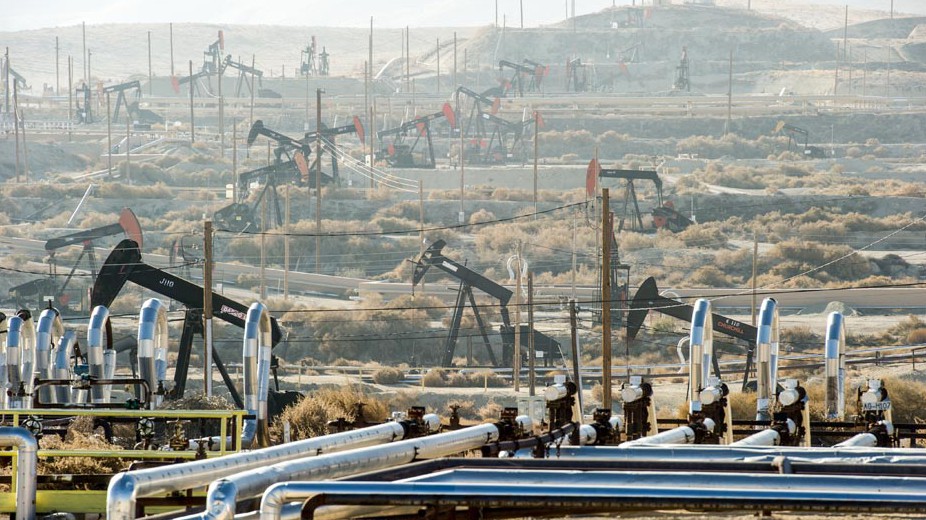 Once hailed as a promising, healthier, and more “climate-friendly” alternative to traditional fossil fuel extraction, fracking for natural gas has in recent years been linked to a variety of health and environmental impacts, including earthquakes, greenhouse gas emissions, carcinogenic air pollution, and water contamination. Now, researchers have uncovered yet another hidden danger of this supposedly “safe and clean” energy source: chemically-induced infertility.

In a new study published in the journal Endocrinology, scientists tested 24 fracking chemicals — including benzene, toluene and bisphenol A — and found that 23 of them were endocrine disruptors, a type of chemical that can mimic and interfere with the natural signaling of estrogens, androgens and other human hormones, altering functions that are critical for the healthy development of sex organs and future fertility.

The researchers obtained their samples from fracking operations in Garfield County, Colorado, so all chemicals selected for the experiment were actually in use. Then, they exposed pregnant female mice to the 23 chemicals identified as endocrine disruptors for a period of 11 days before the mice gave birth. The exposure levels were equivalent to known levels of human exposure via drinking water, the researchers noted.

The results were striking: The male mice exposed to the fracking chemicals in-utero showed significantly lower sperm counts as adults, larger testes, and higher levels of testosterone in the blood than the male offspring of a group of mice that were not exposed to any of the chemicals. These effects were observed even at the lowest level of exposure, the researchers reported.

“This study is the first to demonstrate that endocrine disrupting chemicals (EDCs) commonly used in fracking, at levels realistic for human and animal exposure in these regions, can have an adverse effect on the reproductive health of mice,” said the study’s senior author, Dr. Susan C. Nagel, PhD, an expert in reproductive and environmental health at the University of Missouri in Columbia, MO.

“These findings may have implications for the fertility of men living in regions with dense oil and/or natural gas production,” she added.

Endocrine-disrupting chemicals have become the subject of increasing scientific scrutiny in recent years. In a statement published last month, the Endocrine Society, a professional medical organization, summarized the results of 1,900 scientific studies documenting the widespread health threats posed by this class of chemicals. Because hormones work at very low concentrations naturally, it doesn’t take a high level of exposure to disrupt the endocrine system.

Even at extremely low concentrations — the equivalent of a couple of tablespoons in an Olympic-size swimming pool — early-life exposures to these chemicals have been shown capable of derailing normal brain and sexual development, exhibiting carcinogenic effects, and diminishing the immune system’s ability to fight disease, among other effects. Combine these chemicals, the society warned, and the risks become all the more unpredictable and worrisome — and potentially costly. An analysis published in March attributed more than $200 billion a year in health care expenses and lost earning potential to endocrine-disruptor exposures in the European Union.

These new findings highlight the potentially serious hazards associated with everyday, low-dose exposures to endocrine-disruptors, the researchers say. In addition to reproductive health problems, scientists have increasingly found links between environmental exposure to endocrine-disrupting chemicals — which are also commonly found in plastics, herbicides, nonstick fry pans and other consumer goods — and health issues like obesity, diabetes and breast cancer.

“It is clear EDCs used in fracking can act alone or in combination with other chemicals to interfere with the body’s hormone function,” Dr. Nagel said. “These mixture interactions are complex and challenging to predict.”

As the boom in oil and natural gas extraction has continued across large swaths of the country, drilling sites have moved closer to populated areas, with wells in some states now being drilled within a few hundred feet of schools and homes. This has prompted a host of new health and environmental concerns, particularly among those living close to fracking sites. Fracking companies use a mix of pressurized water, sand and chemicals to unlock hydrocarbon reserves deep in shale rock. Among the approximately 1,000 different chemicals known to be used in these operations, the study authors report, at least 130 are endocrine disruptors that could potentially interfere with the natural hormone messengers in the body.

However, as alarming as this evidence is, it’s what we don’t know that is really cause for concern. 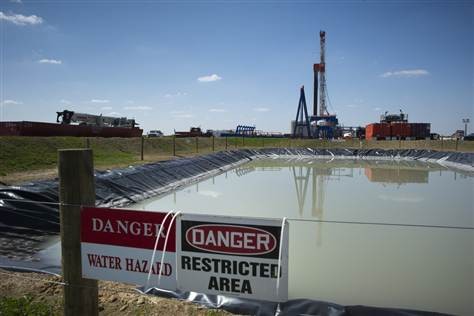 RELATED: New Research Shows Fracking Is Even Worse For Our Health Than We Thought

For one thing, as scientists detailed in a recent roundup of the research in Endocrine Reviews, traditional methods for assessing chemical safety might not be applicable to endocrine-disrupting chemicals. Researchers are finding that, when it comes to these chemicals, the dose does not always make the poison — at least not in the ordinary sense. Since the start of chemical safety tests, toxicology assessments have rested on the assumption “that dose and effect move together in a predictably linear fashion, and that lower exposures to a hazardous compound will therefore always generate lower risks,” explains science writer Dan Fagin, the director of the Science, Health and Environmental Reporting Program at New York University.

“This idea … is the core assumption underlying the system of chemical-safety testing that arose in the mid-twentieth century. Risk assessors typically look for adverse effects of a compound over a range of high doses and, from there, extrapolate downwards to establish health standards — always assuming that chemicals toxic at high doses are much less risky at lower, real-world levels,” Fagin wrote in a 2012 Nature article. “But what if [this] presumption is wrong? What if, for a large and potent class of compounds, lower doses pose higher risks?”

In fact, that’s exactly what Dr. Nagel’s team has documented in their investigations of endocrine-disrupting chemicals — that is, in many cases, exposures to lower concentrations of these chemicals actually resulted in greater effects than the higher concentrations, a relationship called a “non-monotonic response“. This phenomenon, where trace amounts of a chemical prove more potent than larger quantities, continues to crop up in research on this class of chemicals.

“We’re seeing that for every one of these compounds we test, there will be a non-monotonic response — every one!” Dr. Frederick vom Saal, a neurobiologist at the University of Missouri-Columbia who has been sounding the alarm about endocrine disruptors since the 1970s, said in a 2012 interview published in the journal Nature.

Yet even with these mounting findings, the traditional dose-response assumption remains the basis for most regulatory chemical tests, which likely means that, at least for some of these chemicals, harmful levels of exposure are not just possible, but actually permitted under current regulations. “Low doses of endocrine disruptors act in ways that are totally unpredicted by the traditional approaches of toxicology,” Dr. Vom Saaland warned.

New findings may be ‘only the tip of the iceberg’

Furthermore, tests to determine the safety of endocrine-disrupting chemicals have typically failed to take into account that the health-related effects of these chemicals “can take years or even decades to manifest in humans…and months in lab animals,” Science magazine reports. “And the specific disease that the chemicals may induce in the animals often isn’t always known from the study’s outset,” so it may not be possible to look for or detect early warning signs. In many studies, however, the observation period after exposure is relatively short and could fail to capture serious health effects that take a long time to develop, explains Dr. Andrea Gore, a hormone disruptor expert at the University of Texas at Austin.

Dr. Gore, who is also editor-in-chief of Endocrinology, the journal in which the new study appears, is one of many scientists urging regulators to address the problems identified with current chemical testing methods. In early 2011, a group of scientific associations representing 40,000 researchers wrote an open letter to the journal Science about “the growing recognition that currently accepted testing paradigms and government review practices are inadequate for chemicals with hormone-like actions.” These concerns have prompted calls from some top scientists for “fundamental changes in chemical testing and safety determination … to protect human health.” 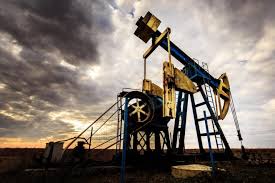 Perhaps most disconcerting is that fracking companies are not required to disclose all of the chemicals they use in their operations. This controversial exemption from existing environmental regulations, known as the “Halliburton loophole,” continues to make it difficult to monitor fracking activities, let alone prove any links to health problems. In July, a California panel concluded that because of data gaps and inadequate testing, the true impacts of the fracking process are still mostly unknown. And in a 2014 review of studies on the health-related impacts of fracking, a panel of experts concluded that the current scientific literature puts forward “both substantial concerns and major uncertainties to address.”

Despite the roadblocks to research, findings on the subject continue to mount. A study published in July 2015 found that pregnant women who lived near fracking wells faced an increased risk of delivering low-birthweight babies, while a 2014 analysis of almost 125,000 birth records in rural Colorado showed that pregnant women who lived the closest to fracking wells were more likely to have infants with health issues such as oral clefts and heart problems. Another paper by Dr. Nagel’s team, published in December, suggested that tiny doses of chemicals released during oil and natural gas production could pose serious health risks to developing fetuses, babies and young children. More recently, in September, researchers published the results of a study showing that pregnant women living near fracking operations in Pennsylvania were 40 percent more likely to deliver premature infants.

Dr. Nagal’s team emphasized the need for further research into various levels and routes of exposure — from air pollution to drinking water — as well as other potential hormone-disrupting effects, including those associated with exposure to more than one of these chemicals. “It is clear EDCs used in fracking can act alone or in combination with other chemicals to interfere with the body’s hormone function,” Dr. Nagel said. “These mixture interactions are complex and challenging to predict. More research is needed to assess the many other chemicals used for fracking and to determine how they may be contributing to health outcomes.”

What the new study uncovered for male reproductive health, the researchers warned, “may only be the tip of the iceberg.” 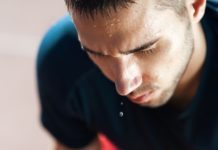