The loss of a child, in any circumstances, is an unfathomable tragedy. For seven babies to die in avoidable circumstances, as occurred at the Bacchus Marsh hospital in 2013 and 2014, is a catastrophe that sears. It demands the most thorough examination.

Victorians only now are being made aware of this relatively small hospital’s systemic, shocking and shameful failures – in terms of its clinical management and governance, and in terms of the lack of solace or explanations it offered to grieving families.

A report by Professor Euan Wallace has found that seven of the 10 deaths of babies at the hospital (five in 2103, two in 2014) may have been avoidable.

That this has happened only an hour’s drive from Melbourne, and in a state that takes pride in fostering world-renowned medical research and patient-care facilities, is a chilling reminder that not one corner of the health system should be left unguarded.

Two investigations have already been conducted into the situation at the hospital, which is managed by Djerriwarrh Health Service. ﻿The government has removed the board and installed an administrator. An interim chief executive was appointed more than two months ago – yet Victorians only learnt about any of this on Friday.

In March, the Consultative Council on Obstetric and Paediatric Mortality and Morbidity detected the unusually death rate at Bacchus Marsh. It notified the government and an investigation was begun by Professor Wallace.

But another investigation, by the Australian Health Practitioner Regulation Agency, had begun in early 2013, after an obstetrician at another facility complained about the care provided to a woman whose baby was stillborn at Bacchus Marsh.

The AHPRA inquiry, conducted by the Victorian branch of the Medical Board of Australia, focused on the hospital’s head of obstetrics, Surinder Parhar.

The fact it took 28 months to complete is an outrageous lapse. That it apparently did not recognise the multiple deaths occurring in the obstetrics unit in 2013 and 2014 – while the investigation was ongoing – is hard to fathom.

After receiving the findings of the Wallace report this week, AHPRA, the Medical Board and the Nursing and Midwifery Board have launched fresh investigations into other doctors and medical staff at the hospital.

In other words, this is far from over – and rightly so. There appear to be multiple, bewildering failings: the hospital’s maternity unit took on too many high-risk cases, when it should have referred them elsewhere. Medical staff were not sufficiently trained to deal with higher-risk pregnancies or complications. Some staff did not know how to use heart-rate monitoring equipment. Investigations into the deaths did not occur, or were inadequate. Reports were not passed to the board. Findings were not implemented.

No one appears to have reported the heightened number of deaths to authorities. The board and management did not properly monitor the quality of care being provided by the maternity unit.

Lastly, there were the tragic and inexcusable failures by the hospital to explain and apologise to grieving families. That has since happened, though one family was accorded a meeting with Djerriwarrh Health Service only on Thursday.

State Health Minister Jill Hennessy says a review is being conducted across the state. We say it must be done without delay. It must be transparent. It must bring about practical change, including assurances that all medical staff in all units are adequately trained to exacting standards.

Victorians are entitled to receive excellent health care. This must not occur again. 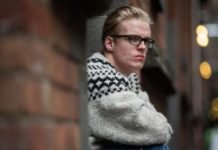