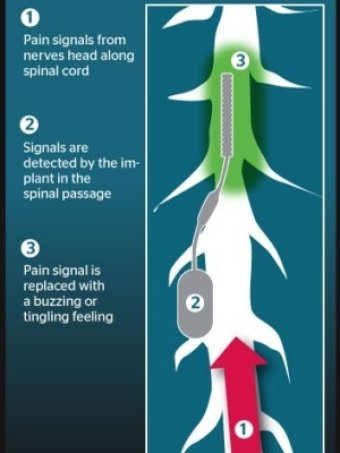 Doctors at the Royal North Shore Hospital have fitted a patient with a spinal cord stimulator that sends out electrical currents through the nerves to provide pain relief in a world-first procedure.

The first recipient was 60-year-old Joe Grewal, who has been suffering chronic back pain for more than 30 years.

He has tried everything from back surgery to a morphine implant.

Doctors implanted the device yesterday to help relieve some of his pain.

“I’m just so excited. My life will change now for the better.”

“Spinal cord stimulators have been around for 20 to 30 years, which involve a wire sitting just outside the spinal cord, connected to a battery with a computer, just like a pacemaker really,” he said.

“It sends signals into the spinal cord and so the person with pain feels tingling in the pain area and that confuses the brain and they don’t feel the pain, they just feel a pleasant tingling sensation.”

“So that means a machine can adjust itself to produce whatever set level the patient wants, and that’s a big advance because previously, whenever people moved or their heart was pulsating, various things would make the electrical signal waver up and down quite significantly and they would get shock sensations and not being able to live their lives effectively in many cases.

“So this device is a big advance as it records the signal coming back out of the nervous system.”

Dr Brooker said the surgery on Mr Grewal appears to have been a success.

“I saw him this morning, he’s very happy, he’s a little bit sore from the surgery,” he said.

“He said the device is working well covering his pain area.

“The next thing to do will be to switch the feedback system on so that when he’s walking around and doing his normal activities he gets really nice, smooth, consistent stimulation.”

Device could offer an alternative to pain-killer medication

Professor Michael Cousins, the director of the Pain Management Research Institute at the Royal North Shore Hospital and University of Sydney, said the device could have wider applications and could eventually be used for patients with Parkinson’s disease.

“This will lead to great improvements in spinal cord stimulation treatment but also has a potential for big improvements in the nervous system for other conditions in addition to chronic pain,” he said.

One-in-five Australians suffers chronic pain and it is estimated to cost more than $30 billion a year.

“A study done by the Pain Management Research Institute and Access Economics estimated $35 billion a year and a lot of that could be saved,” he said.

“At the moment we calculated the cost of the neurostimulation system is recouped in about two-and-a-half years but that’s with existing systems.

“We anticipate that this new system may be a lot more effective over a long term.”

About 30 patients will be recruited to trial the device.

The company is also seeking approval to carry out a similar trial in the United States. 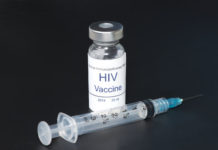 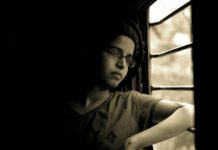