The number of patients waiting longer than recommended for elective surgery has almost doubled in the last year, according to the latest annual report from ACT Health.

The report found at the end of the 2014-15 financial year 1,355 people had waited longer than recommended for elective surgery.

That was up from 726 at the end of the previous financial year.

The last time the number of people waiting longer than recommended was higher, was in 2009-10.

In the five years since, numbers have been on a decline until a spike in figures this financial year.

That is despite Canberra hospitals conducting about the same number of elective surgeries this financial year as over the past five – just over 11,000.

The Government said it was working on a number of strategies to reverse the trend, including transferring patients to the private sector and surrounding New South Wales hospitals, and increasing the number of ear, nose and throat surgeries.

The time for dealing with cases in the emergency department for triage categories one and two, considered the most urgent, met targets, but category three and four cases, fell well short.

In category three, only one in two cases was seen within the recommended 30 minutes.

Overall, 59 per cent of emergency room presentations were seen within the recommended timeframe.

ACT Health blamed the results on a 3 per cent increase in emergency room presentations in 2014-15.

“This led to longer waiting times for some lower acuity patients,” the report said.

“This equates to an average of 345 people attending the public hospital emergency departments each day.”

“Overall, the percentage of patients seen on time in ACT emergency departments has worsened from an already low 61 per cent last year to 59 per cent in 2014-15,” Mr Hanson said. 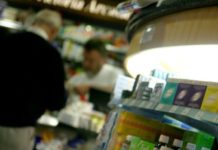 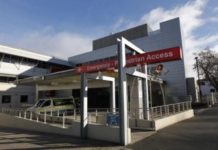